ہوم Prices Now Might be the Perfect Time to Buy for Crypto Contrarians —... 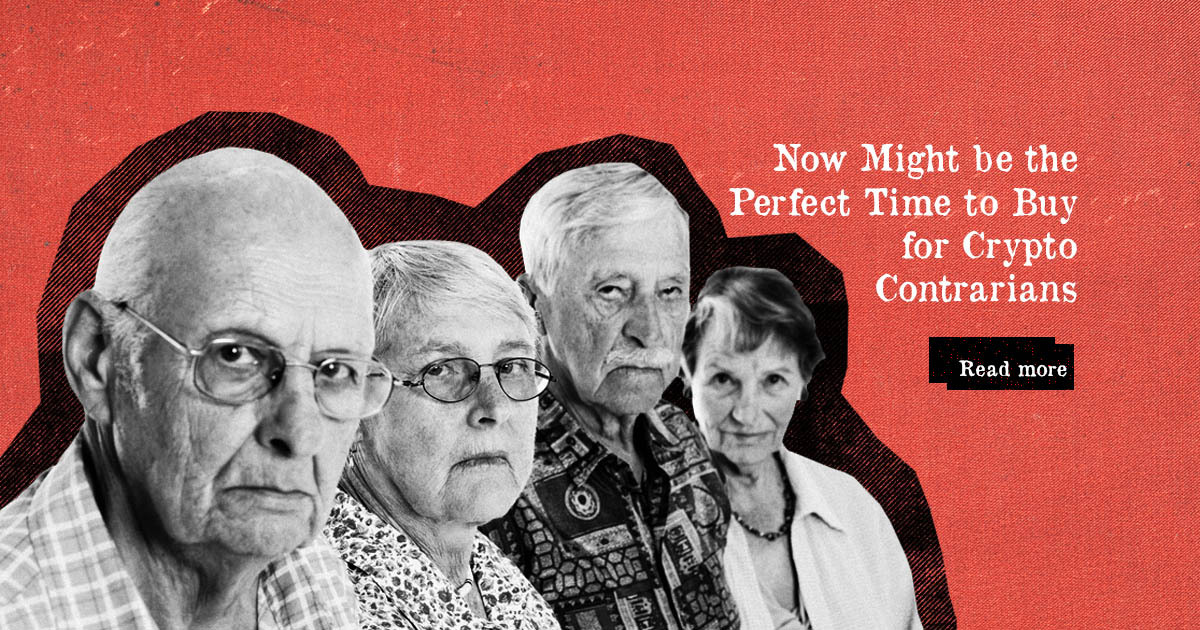 Billionaire investor, Warren Buffet is famously called the greatest investor of all time. One of his top wealth-generating strategies is to be greedy when the rest of the markets are fearful. If you’re in crypto and like that philosophy, now would be the perfect time to buy.

That’s because the crypto markets are currently in “extreme fear,” according to the Crypto Fear & Greed Index (FGI), a free interactive dashboard that’s updated daily to provide the general market sentiment based on a variety of weighted factors.

Interestingly, the right hand side of the graphic shows that just a few weeks ago sentiment was more than triple the current number and was in the “extreme greed” range. That was a day before the flash crash that shook out both short-and-long leverage traders from the market at the beginning of September.

Conversely, the current sentiment provides a good entry point for contrarian investors who can scoop up several top-10 crypto assets by market cap that are trading at discounts.

Contrarian investing is the strategy of moving in the opposite direction of the dominant sentiment or market trend – basically zigging when everyone else is zagging. The basis for this particular investment style is grounded on the principle that markets move up or down based on the emotional movements of fear and greed driven by the herd of retail and smaller institutional investors.

This buying opportunity was specifically addressed in the weekly forecasting newsletter from on-chain analyst and crypto influencer, Willy Woo, which he attributed to FUD in the stock market and declines in the China real estate market following the collapse of the China Evergrande Group in recent weeks.

One of the reasons for Woo’s optimism is this chart he created that classifies Bitcoin HODLers into three distinct groups – strong, medium, and weak. He then follows the ebb and flow of their respective “strength” as coins move between each group – as depicted in the extremely wavy three-line graph along the bottom of the chart. Woo believes the conditions are perfectly aligned  for a strong rally to happen because strong HODLers are peaking collectively, while medium and weak HODLers are fading.

There are three primary drivers behind any type of market where trading occurs: fundamentals, technicals, and sentiment. The first two factors tend to be quantitatively driven, while the last one is more qualitative. No matter how the markets are moving, it’s critically important to remain calm and collected, making logical decisions based on data rather than irrational decisions driven by emotion.