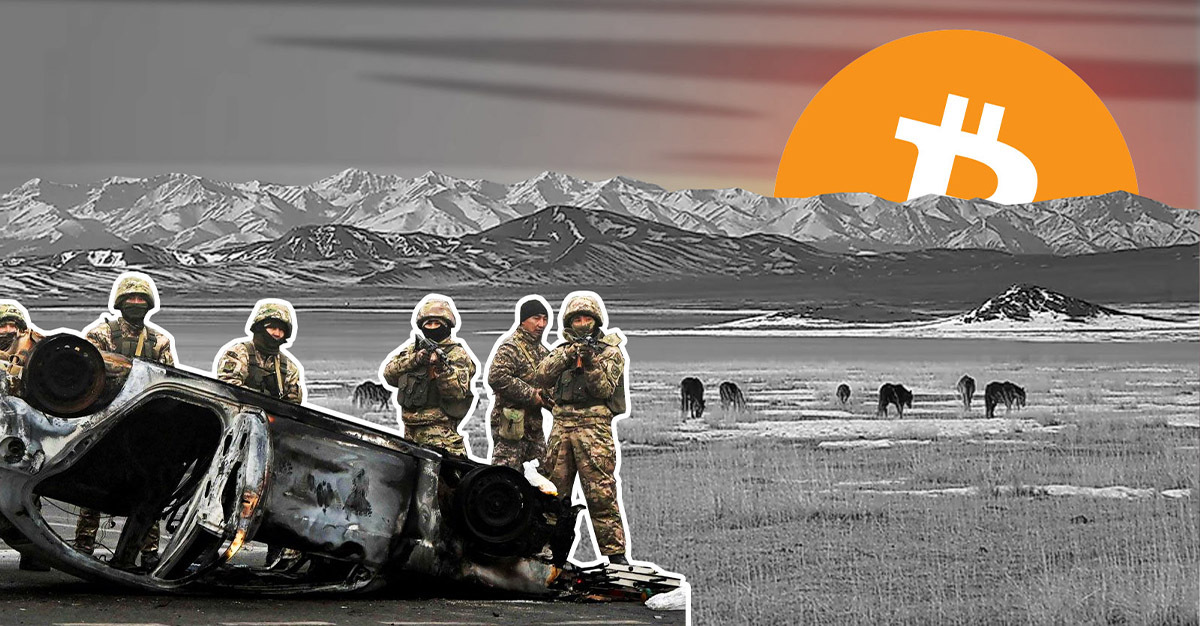 Violent protests in this Central Asian nation over rising fuel prices have already left dozens dead and hundreds injured. As a result of the political turmoil, Bitcoin mining in Kazakhstan is taking a hit.

Kazakhstan is one of the eight countries in the world where Bitcoins were mined the most in 2021. It currently ranks second behind the United States with a hashrate of 18.1%, according to data from the Cambridge Center for Finance Alternatives for last August.

The former Soviet republic is engulfed in chaos due to blackouts and cuts in phone and internet services, which have heavily affected the daily operations of BTC miners.

The country of 18.75 million inhabitants absorbed much of the mining from China, especially after the communist government declared Bitcoin mining illegal and started strong persecution against the miners who had installed their mining farms in the south of the country, alleging ecological reasons.

Now the mining activity in Kazakhstan is in danger. The country has the necessary infrastructure to exploit BTC and offers legal conditions for the mining business. However, the climate of violence that reigns throughout the country could generate a stampede of miners towards quieter places.

The violence has escalated after the president of Kazakhstan, Kasim-Yomart Tokáyev, ordered the police and the army to “shoot to kill” protesters, whom he has described as “bandits”.

“I gave the order to the organs of the police and the army to shoot to kill without warning,” said the president. At the same time, he affirmed that he will not dialogue “with armed and prepared bandits, both local and foreign.”

It is not known when internet services will be restored and how much they will affect mining activity. As of Friday morning, the country was serving 36 hours with connectivity suspended, according to Internet monitor Netblocks.

The drop in hashrate caused by the suspension of the Internet was 12%, reported The Block’s vice president of research, Larry Cermak, through his Twitter account.

If the climate of violence continues, it is logical to think that the miners will once again look for another country where they can move their operations. The country has also seen severe blackouts lately due to BTC mining.