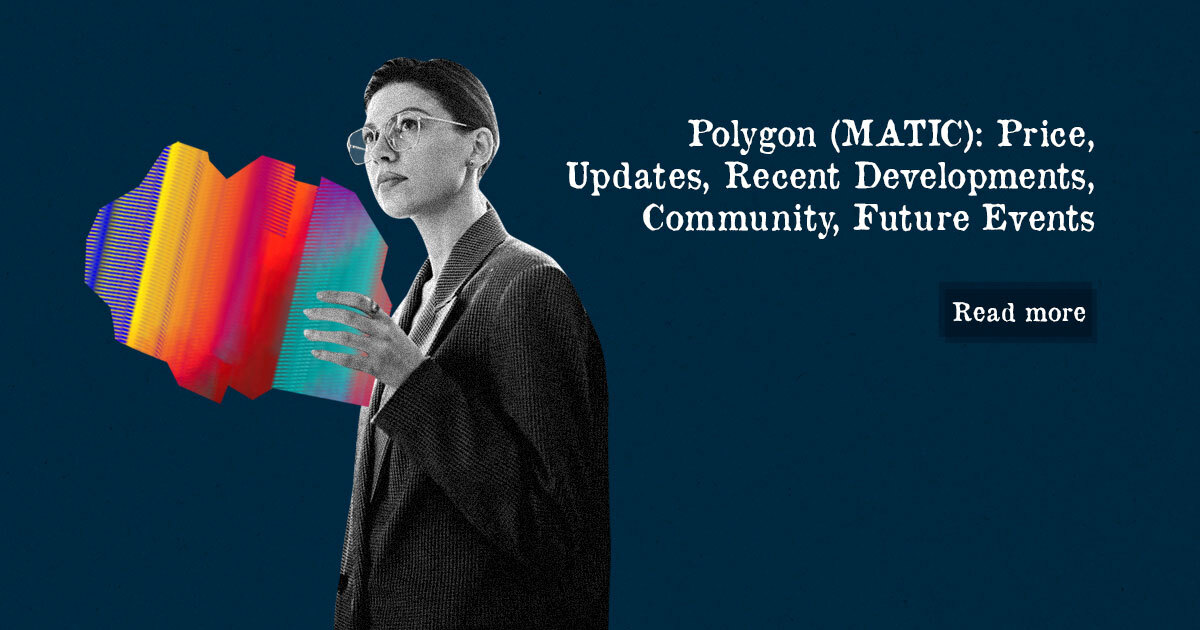 Polygon’s ascension is one of the revelations for the cryptocurrency community in 2021 as it offers exciting functionalities for developers and users alike. Since its launch, the community has snowballed thanks to the technological upgrades and stellar partnerships the team has forged.

The decision to explore NFTs with the launch of Polygon studios sent ripples of excitement through the community. At the same time, the unveiling of an Ethereum scaling solution portends a bright future for the community.

Polygon has been described as Ethereum’s Internet of Blockchain and rightfully so because, at its core, the protocol provides a framework that connects Ethereum-compatible blockchain networks.

It provides an answer to Ethereum’s scalability problem by facilitating the scaling of decentralized apps in 30 minutes. By leveraging Ethereum’s infrastructure, Polygon is secure, offers enterprise-grade interoperability, modularity, and provides a seamless process for developers.

Polygon recently launched Polygon Studios to facilitate the adoption of NFTs in July.

The move is a foray into the realms of blockchain gaming and with NFTs lined up, Polygon is in pole position for more partnerships. For example, Ethernity’s The Magician Messi NFT is powered by Polygon, while Showtime, a rising NFT social network, is heading to Polygon Studios.

HOPR, a protocol designed for data privacy, has begun running its second incentivized testnet following the stellar results obtained by the previous testnet.

According to Sebastian Burgel, HOPR’s founder, “Polygon has gone from strength to strength since the last HOPR test net, particularly the recent integration of Polygon Hermez”. Additionally, in a recent discussion, Polygon’s co-founder revealed that an Ethereum scaling solution was underway, indicating a potential growth spurt for the network.

Polygon has one of the most prominent and active community bases in the cryptocurrency universe, with 608K followers on Twitter and a boisterous presence on other social media platforms.

Several perks incentivize the community. For example, the announcement of free NFT minting and the ability to be a Genesis creator on Showtime prioritize Polygon users. So despite the doldrum in prices, the sentiments in the Polygon camp remain bullish and optimistic.

Another Twitter user, @shawntracyrobi1, excited by the forecast, replied,

Scaling is one of the most significant limitations of blockchain technology, particularly the Ethereum blockchain. Polygon is poised to solve this problem with the functionalities that it offers to its users for the scaling of Dapps. Already 400+ Dapps have taken advantage of the utility to scale in under 30 minutes.