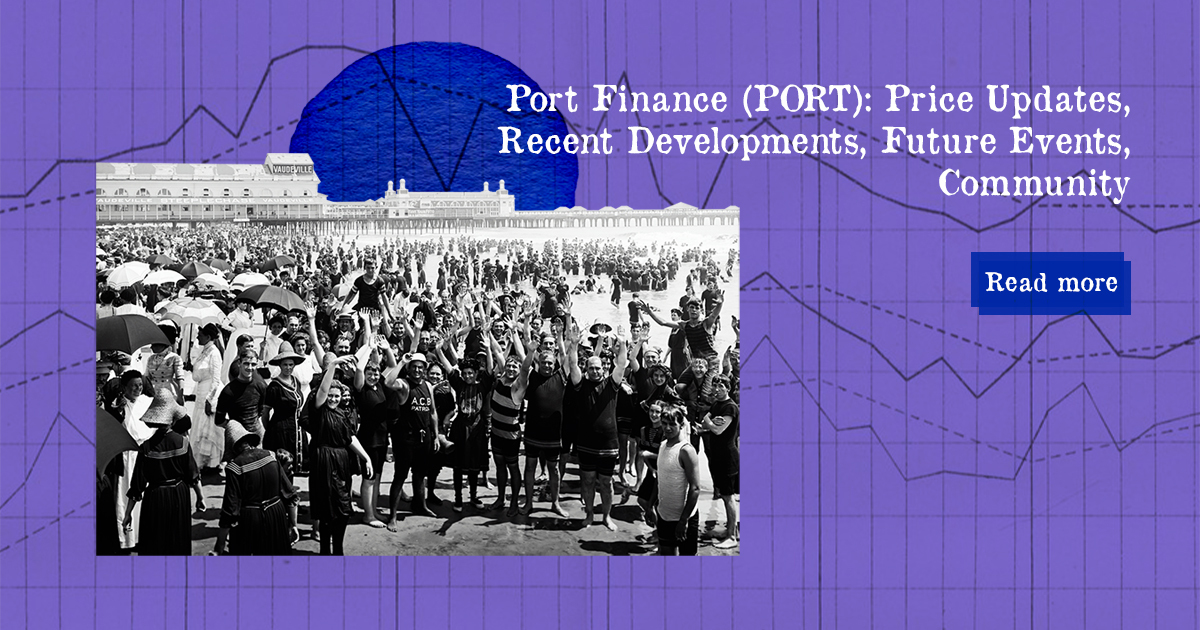 Port Finance is an up-and-coming money market platform built on Solana’s blockchain ecosystem. It launched Port Token (PORT) IDO with Solanium in August 2021, which was later listed as a tradable pair against the USDT on the Acsendix crypto trading platform.

Port Finance will allow users to deposit and borrow crypto similar to how peer-to-peer lending platforms work. Its array of products include variable-rate lending, fixed-rate lending, and interest rate swaps.

Port Finance has made some key developments central to its vision recently. Since launching the PORT token last month, it has gone on to list on several crypto trading platforms. It has also made some crucial partnerships that will further its goal of becoming the best crypto lending platform on Solana.

Port Finance launched its liquidity mining program on 1st September 2021, rewarding liquidity providers on the PORT platform. They also announced the release of 5,000 PORT tokens per day in the initial phase, an equivalent of 150,000 every month.

On 7th September, Port Finance announced it would be undergoing a 24-hour upgrade in preparation for its official liquidity mining campaign, pausing withdrawals and deposits. A handful of PORT users supported the announcement on social media platforms.On the 10th September, PORT entered into a partnership with gopartyparrot, another liquidity network for lending and borrowing to provide a dual liquidity mining program, allowing users to deposit $PAI and $pSOL, and earn PRT and PORT.

Port Finance is taking everything step-by-step, so there is nothing much lined up. However, the platform is planning to utilize Serum’s order book to launch more products. There are no specific dates for this but users are constantly seeking more updates from the company.

Cryptocurrencies are still among the most volatile trading instruments in the global financial markets. Therefore, it is no surprise to see that PORT, the tradable token for Port Finance, continues to trade in a choppy pattern formation after spiking last week.

As a crypto lending platform, Port Finance has put in a lot of work to keep the community updated on the latest developments. The platform regularly issued updates via popular community-building platforms including Twitter and Telegram.Users have continued to show excitement and anxiety through their responses.

Another eagle-eyed user, Crypto Notte, wrote something that could gain the attention of borrowers after spotting a discrepancy in the company’s origination fees:

Although Port Finance is yet to gain significant traction in the market, it is gaining the attention of crypto enthusiasts, especially those keen on investing in disruptive finance products.

Port Finance plans to launch even more complex financial products on Serum’s order book, and this could propel it to the next frontier of crypto lending.