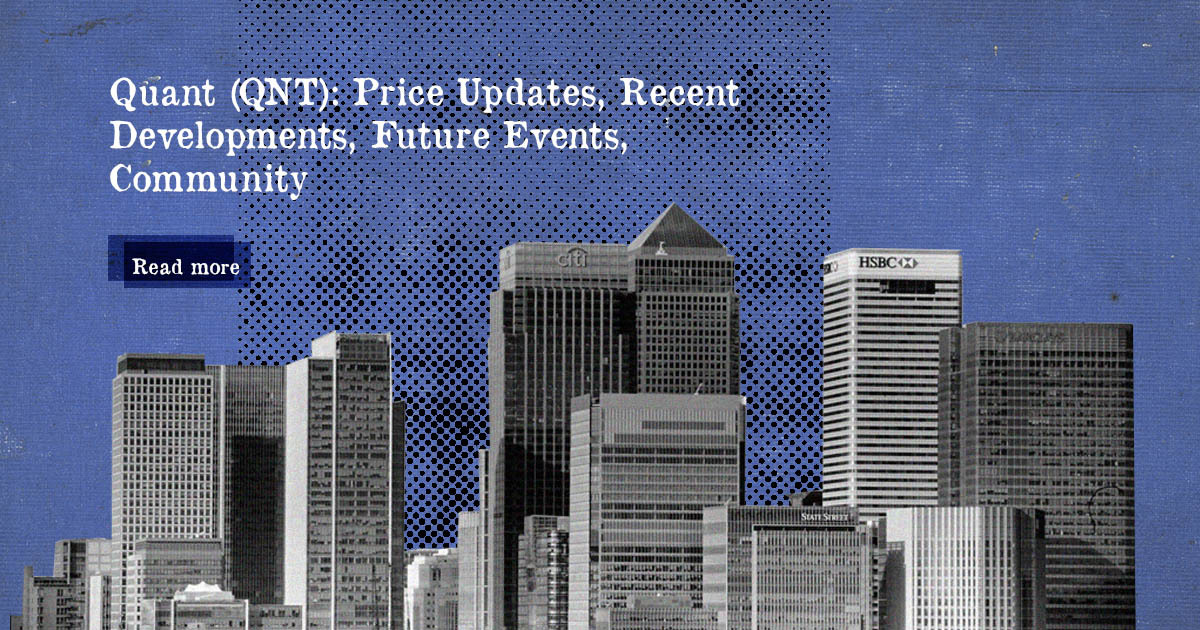 Launched in 2018, Quant is building a network that will connect blockchains and networks globally without decreasing the performance and interoperability of the network.

Quant has been gaining traction in recent times as the Overledger network, the project’s backbone, expands. Now developers can build decentralized multi-chain applications (known as MApps) on Overledger. So, how has Quant fared in recent times?

On September 7th Quant announced the release of the double feature Overledger 2.0.5. The upgrade is a big move for Quant because the Overledger 2.0.5 bridges Stablecoin, NFT, and DeFi ecosystems with blockchain payments.

This is the pure essence of interoperability! Great work team $QNT

Thanks to the update, the Quant network will now natively support blockchain payments to power a new generation of interoperability, payments and clearing and settlement use cases.

With the new Overledger Payment API, users can now transact and settle between different digital asset types with a few lines of code in only two API calls. In addition, users can also collateralize NFTs with stablecoins such as USDC, DAI and USDT on the network.

The Quant network has announced that future updates will build on the capabilities introduced in their latest releases. The network developers are currently working to ensure that institutions and developers will issue fungible and non-fungible tokens on Quant.

In future, Quant will provide a platform that supports the creation and management of interoperable stablecoins, digital currencies, and tokenized assets.

Following the largely positive news about the Quant Network, there has been no sign of an uptrend in the price of QNT. Rather, QNT continues a strong downtrend, dropping by as much as 11% over the last 24 hours.

The recent downtrend is just a correction after a significant pump in the price of QNT. Regardless of the drop, QNT still holds gains in excess of 70% over the last five days.

Following its recent drop, QNT now trades at $318.208. It is ranked as the 39th largest cryptocurrency with a market cap of $3.84 billion.

Quant is one of the lesser-known altcoins, with not nearly as much following as the likes of Chainlink, Solana, Polkadot, or Cardano. However, one thing Quant does have is a community of firm believers in the project.

The Dailycoin team found the Quant community to be particularly hyped about the release of the Overledger 2.0.5, with most speculating that the release will trigger a significant increase in the price of QNT. One user, @factman32, Tweeted;

People are starting to realise that $QNT does what $XRP and $LINK promised to do, don't be suprised to see $QNT trading at $1000+ by the end of the year

Another user, Dean Calvert believes that,

What an amazing team, changing the digital landscape with every step

Quant is one of the fastest-growing networks, with its blockchain gaining recognition for its potential. The Overledger network gateway already delivers interoperability across different systems, networks, DLTs, and now, crypto payments. With future upgrades, the Quant network will have the chance to compete with the top interoperability blockchain projects.