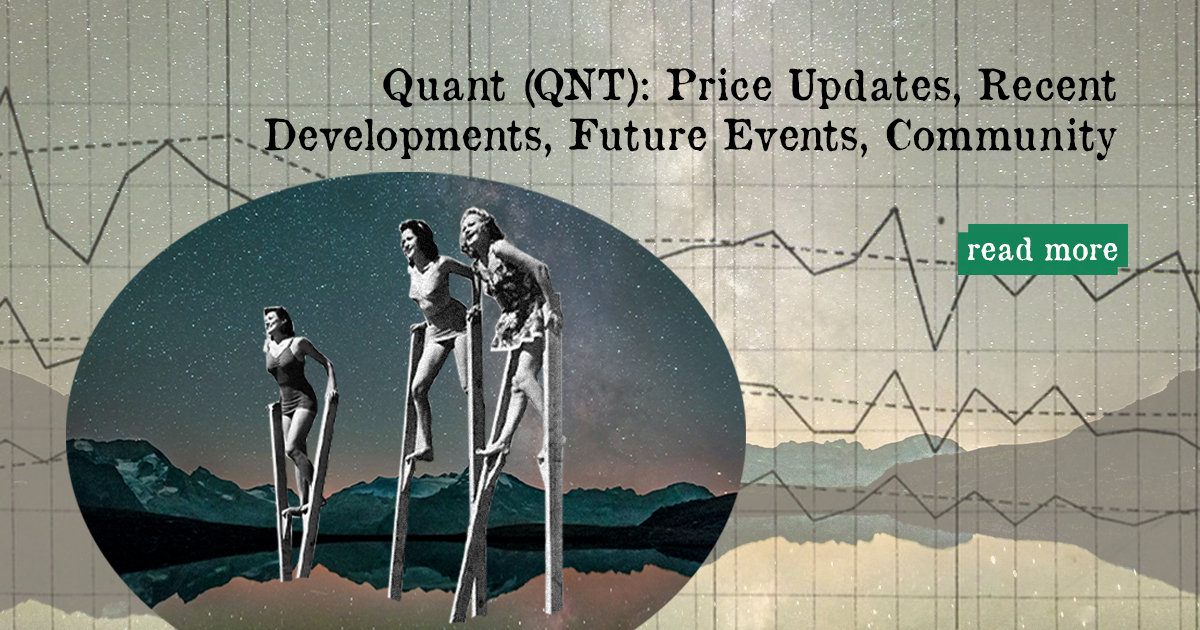 Different blockchains have different functions, each solving a unique problem, but not without drawbacks. The Quant Network was created to solve this problem by facilitating interoperability between blockchains.

The project was designed to bridge the gaps between blockchains on a global scale without reducing efficiency. The Quant Network is built on outstanding technology, but how has it fared in recent times?

On September 26th, the team behind the Quant Network celebrated its 6th anniversary (the project was not launched until June 2018).

With the launch of the Overledger Network, developers of mDApps (a multi-DLT version of decentralized applications) can now utilize Quant’s distributed network of Remote Connector Gateways (RCGs) worldwide to carry out BTC, ETH, and XRP transactions.

According to the Quant Network, support for the different cryptos will continuously be rolled out and added to the Overledger Network in phases, however, it did not state any timeline for the releases but could release future upgrades for the Overledger.

The Overledger Network can also unblock and distribute value, dApps, and mDApps across current, and possibly future, blockchains. The network will also allow institutions to host gateways to interoperate and unlock private digital assets and permissioned DLTs to the rest of the world.

Before Overledger 2.1, the Quant Network launched an API (Application Programming Interface) in Overledger 2.0.5 that provided its users with access to DeFi, NFT and stablecoin ecosystems.

Quant (QNT) has begun to recover, following the downtrend sparked by China’s anti-crypto policy. Over the last 24 hours, QNT has gained 4%, pushing its price up to $282.96.

Since the start of 2021, QNT has rallied more than 119%. Quant has gained more than 47% in the last month alone, meaning that it now possesses a market cap of $3.42 billion. When graded by market caps, Quant is ranked as the 41st largest crypto.

Over Quant’s 3 years in the crypto space, it has built a strong community of believers. Underlining this is the official Quant Network’s Twitter, which has amassed over 51.3k followers.

Community members have also formed other pages, like @NewsQnt and @Quant_111, to keep up with community events.

The Dailycoin team discovered that the Quant community is particularly hyped about the launch of the Overledger Network. Following the release, one Twitter user, named @Liverpoool164, wrote:

@kether49, another Twitter user, wrote the following about the Quant project:

@QuamfyKazi, who is bullish about the future of Quant (QNT), believes that;

With the launch of the Overledger Network, Quant aims to revolutionize blockchain technology. The network can unblock and distribute value and next-gen blockchain applications across current and future blockchains, making them a very promising project.