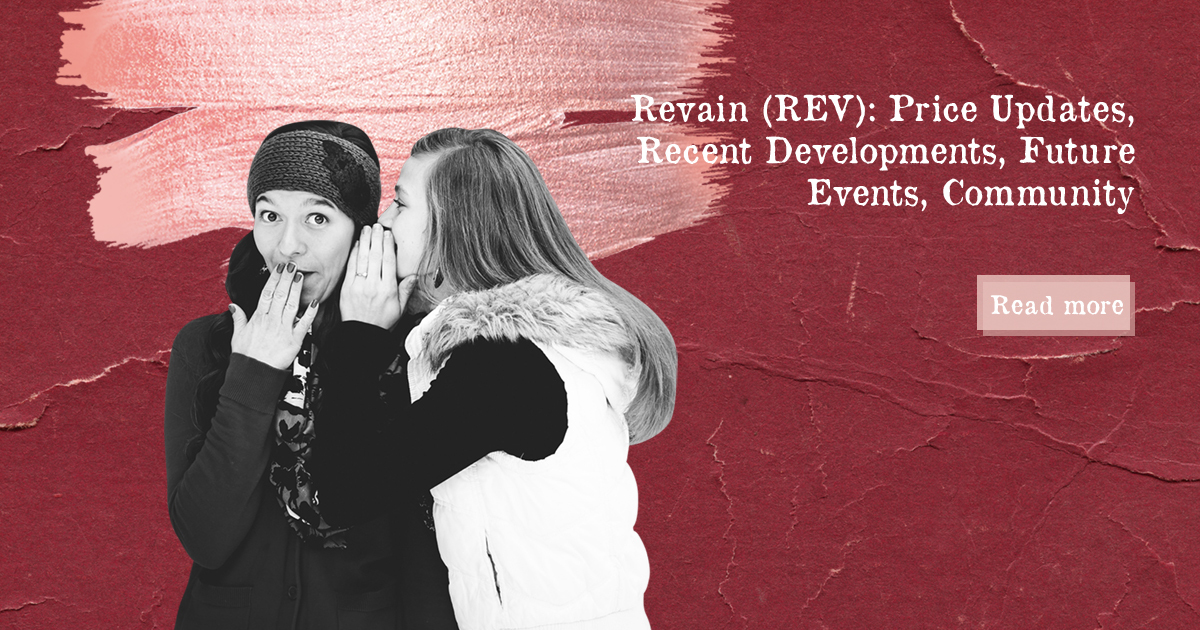 The utility of blockchain and DeFi keeps growing daily. Revain has made it possible for Ethereum blockchain projects to get accurate reviews about their networks which will help them improve their services.

The importance of reviews cannot be overemphasized as they can make or mar a project. Revain allows users to post constructive criticisms and reviews of businesses in an incentivized network.

Launched in 2018, Revain is a fairly popular platform but is currently pushing for mass adoption. The REV token, the more popular of the two tokens, is an Ethereum-based token utilizing ERC-20 standard, TRC20 and BEP20. The REV token is used for rewarding authors.

On the other hand, the RVN token is a stablecoin that is exclusive to the platform – it is yet to be released into open circulation. The REV token has been up over 125% this past week following its ‘The Ton Crystal Wallet Review”.

The one month price of Revain (REV). Source: TradingView.com

The blockchain-based review platform has been on a steady rise, having surged 16181% in one day. Revain has recorded a 263% gain and a 112% rise in 14 days in one month. About Revain’s sharp rise, Crypto Gulp wrote;

Cryptocurrencies prices during the past hour

The event which has been on the lips of everyone in the Review Competition dubbed the Ton Crystal Wallet Review, ended on the 30th of August. These events sent the price of Revain through the roof, given the number of participants.

The events attracted a wide audience from many social media outlets, including Twitter. The first 20 reviews received 1 RVN, while the first 250 reviews and tweets got $2 worth of Ton crystals.

Other competitions being carried out by Revain are the Ton Bridge Competition and The Ton Swap Review Competition, among others. Although Revain paused part of its author’s review bonuses, Revain has promised to bring them back in a bigger and better form which may be up to three times more.

Revain is a typical example of a blockchain project that needs its community to thrive. As the first blockchain review platform, Revain is a community based on giving incentives to the authors of reviews. Reviews are also being rated, with authors given a ranking. Revain has developed its frequent review competitions which are centred around the community.

On Twitter, the Revain community couldn’t be much excited about the developments. Twitter user @dheeraj_mangi, in reply to CoinMarketCap, wrote,

@Revain_org is undervalued . Future is not less than $1 #revain #rev

About the future of the project, The Badass Times wrote;

The 4 #Crypto everyone should own!! Right now!! Over the next year!!

Revain is the first blockchain-based review platform and the importance of the REV token is enormous. Revain is slowly getting the much-needed attention to take it above $1 in the coming months. The sharp increase it recorded from its recent competitions is only a glimpse of what is to come before the end of the year. This is the best time to hold REV tokens.