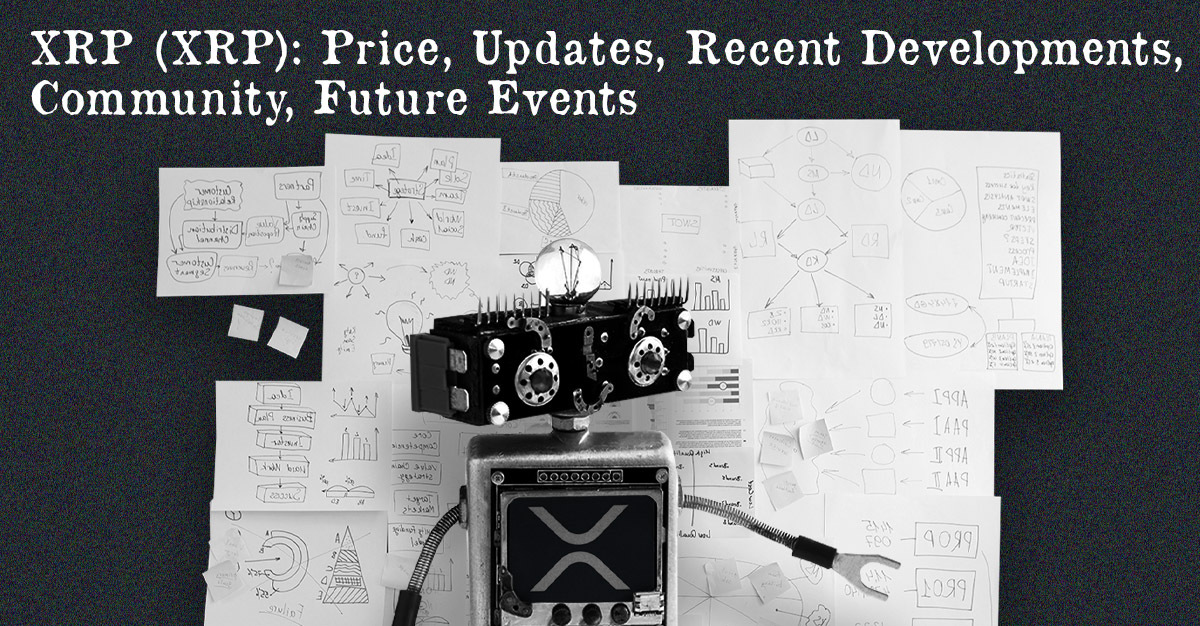 Ripple (XRP) was launched in 2012 with 100 billion XRP tokens mined and 46 billion in circulation. XRP was designed to facilitate and enhance global cross-border payments.

Traditional payment systems have helped economic development but these companies were limited, highlighting the need for an advanced payment solution.

Ripple is the company responsible for the creation and marketing of XRP. It has created a system for money to be moved around the world without barriers, improving financial institutions’ ability to expand into new markets.

What is Affecting the Price of XRP?

Ripple (XRP) was launched as an alternative to Bitcoin. For a period, XRP lived up to expectations as an altcoin and even challenged Ethereum for the second spot in 2017 and 2018.

With its utility and adoption as a cross-border payment solution, the price of XRP. is supposed to be much higher than it is presently.

Currently trading at $1.15, XRP should have performed better given its development this year. However, two main factors have affected the price of XRP.

The main reason is its prolonged legal battle with the SEC, which has led to reduced media coverage of its developments. The second reason is the continued sale of XRP coins by Jed McCaleb.

Since the launch of XRP, Ripple has been an innovative company. The project has always looked for ways to stay ahead of every competition. For example, XRP partnered with MoneyGram allowing MoneyGram to use Ripple’s solution for decision-making.

This year, Ripple has been on several partnerships improving its Asian dominance, especially the Japanese remittance deal. In addition, Ripple plans to add a smart contract feature to XRPL.

Smart contracts are essential for blockchains and their addition to the XRP Ledger is a step in the right direction for the company. The company has also revealed plans to go public after the conclusion of the lawsuit with the SEC

The daily chart shows a mixed picture for XRP. Ripple has been unable to break out of the highs it registered ten days ago, suggesting that it is trapped in between strong support below and robust trend line resistance above.

After a blistering bull run, the price of XRP is correcting, much like the entire crypto market. XRP now trades at $1.15. Currently, XRP. is ranked 6th by CoinMarketCap with a market capitalization of $52,190,220,191.

XRP is a community-based coin with decentralized governance. The community and Ripple are involved in the decision making process to the point where Ripple itself is considered part of the community.

RippleNet consists of leading financial institutions that govern it democratically to improve the platform.

Although XRP hasn’t lived up to expectations, DailyCoin found some believers in the project still positive about the future of the Ripple. A Twitter user going by the moniker JackTheRippler wrote;

Others are still unsure about XRP. until the SEC case is settled. In reply, Still J.U.L.E.S who wrote;

There has been a largely mixed reaction about the performance of XRP since the SEC lawsuit. While a faction is cheering on XRP to new highs, the other half cannot wait until the SEC case is resolved.

Smart Contracts have always led to mass adoption because of decentralized applications brought to the system. The addition of smart contracts on XRPL is a good reason you should board the Ripple train now. Furthermore, Ripple will likely go public after the SEC case, meaning that XRP still has more to offer.