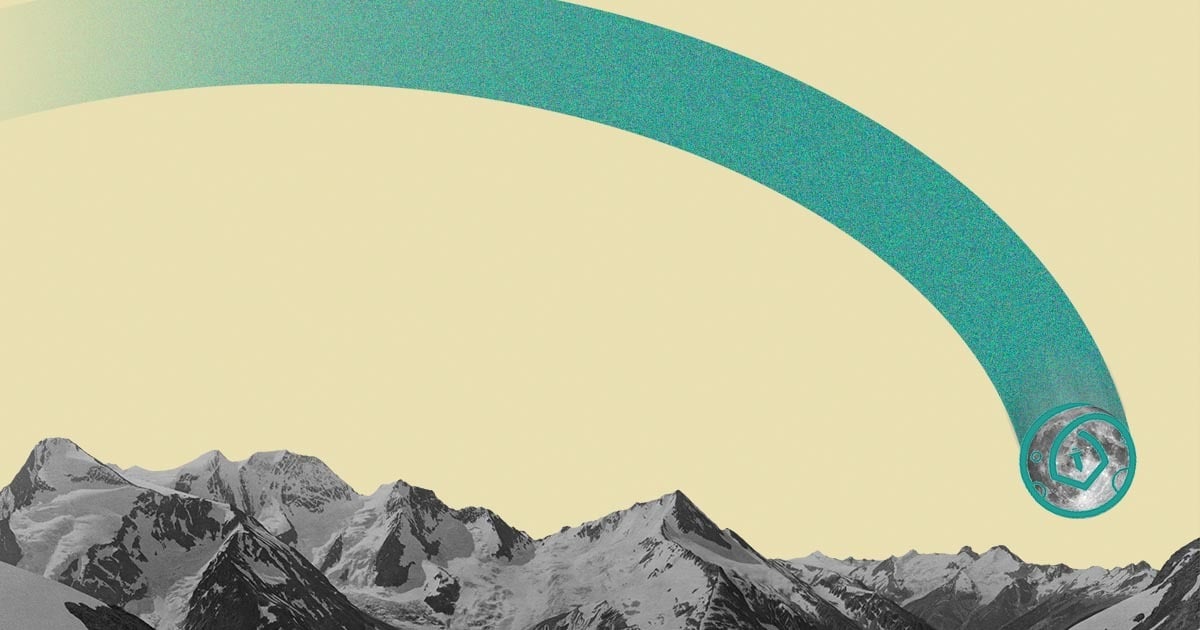 After DogeCoin experienced significant gains in the past months, fueled by Elon Musk’s participation in driving the social media mania, a new coin created a similar hysteria. Prompted by a desire to join the “mooning” bandwagon, SafeMoon, an internet meme coin, has experienced an increase of over 900% before losing 50% of its value. SafeMoon plummeted from $0.0000074 to $0.0000045 in the last two days.

Launched on the Binance Smart Chain (BSC) in March 2021, SafeMoon is a DeFi token that relies on three main functions during a trade: Reflection, LP Acquisition and Burn. The coin aims to develop a non-fungible token (NFT) exchange as well as charity projects. At the time of writing, there are currently a total of over 1 million token holders despite the price experiencing a sharp decline.

SafeMoon underwent a parabolic rally this week before losing much of its momentum on Thursday. Derivatives trader, Cantering Clark, emphasized in a tweet that such gains are not sustainable as he addressed Thursday’s price correction.

Like other coins carrying promises of significant gains from a small investment, SafeMoon has a similar schematics protocol. While new retail investors have little to no knowledge about Bitconnect and the Ponzi scheme mechanisms, some new projects have a similar approach. SafeMoon charges people a fee of 10% of the amount they sell.

Information about SafeMoon was mainly distributed through social media channels such as Youtube or Facebook, aiming it towards new crypto investors. As Gen Z investors are becoming more enthusiastic about crypto and their newsgathering habits rely heavily on social media platforms, SafeMoon suited that target audience perfectly.

Gen Z investors are eager to become involved in cryptocurrency; however, they possess little knowledge about the crypto space and the inherited risk associated with investing due to price volatility. While SafeMoon’s whitepaper is a mere website landing page, it lacks blockchain fundamentals that knowledgeable crypto investors can easily spot.

Lark Davis emphasized that “people love ponzies” due to the euphoria of financial growth and SafeMoon “promises to reward long-term holders”, creating a pyramid effect. Only 16.9% of new investors fully understand blockchain technology, thus creating a means for new projects to benefit from investors’ naivety.

Those who are unfamiliar with the history are bound to repeat it, and while Bitconnect hasn’t left people’s memory, new retail investors are not aware of the vulnerabilities in the market. While SafeMoon doesn’t mimic Bitconnect, their tweet, “Who said there wouldn’t be turbulence,” is worrisome as it influences holders’ perception of the overall picture.

Decentralized Finance (DeFi) protocols such as Uniswap or Pancakeswap serve to facilitate faster access. However, institutional investors are skeptical about investing through DeFi; thus, the focus is on retail investors. As previously highlighted, most new retail investors are Gen Z or Millennials, who, due to their relative naivety, are susceptible to pump and dumps.

DeFi provides practicality in how new projects can be launched and become available to the market. While the Ethereum network governs much of the DeFi market, it comes with limitations due to the high network fees. Still, this decreases the entry barrier for small investors to speculate on tokens, which in turn shields them from massive losses.

The projects launched on the PancakeSwap, a DeFi platform on Binance Smart Chain (BSC), which is an alternative to Uniswap. PancakeSwap exercises smaller transaction fees as the number of users are significantly lower than on Ethereum. This led to more accessible passage for newbie investors to speculate on the price given the low transaction fees.

In this case, PancakeSwap is the real winner. As highlighted by one of the platform’s co-founders, CAKE benefits from attracting and maintaining customers. He added, “user retention is high overall,” which produces a habit for new users to return, hoping to find a similar project like SafeMoon.