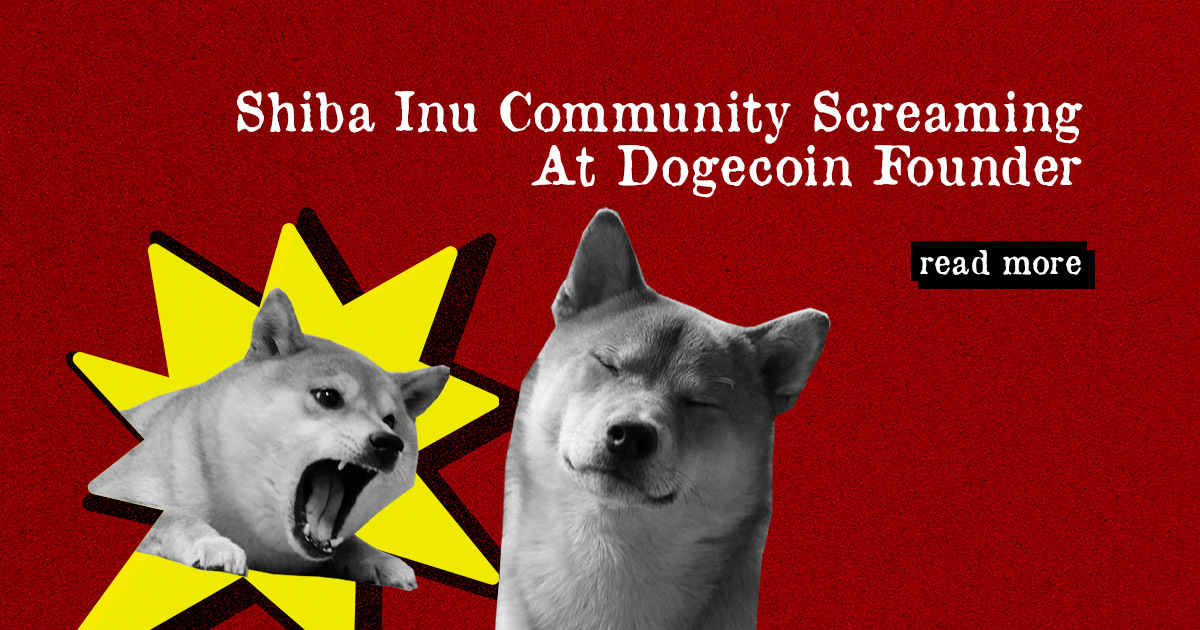 Strong communities drive meme coins, hence their unusual meteoric rises. But when Shiba Inu, the popular pup coin, doesn’t live up to its mantra of “always up,” even solid communities start to seek answers as a way of coping with the price shock.

Doge Is Not the Same as Shiba Inu

Billy Markus, founder of DogeCoin, took to Twitter to explain that he is not involved in any way with Shiba Inu, the popular meme coin, as the price of the token fell by more than 45% over the past couple of days prior to this writing, prompting investors to seek explanation.

To remain sane and prevent the further incoming waves of messages, Markus removed his website contact form after it was spammed by members of the Shiba Inu community. Furthermore, he also stated in a tweet that he “barely has anything to do with DogeCoin,” either, implying that he is not involved with any meme coins at the moment, including Shiba Inu.

Markus highlighted that, despite his name starting with Shib, Doge, which was founded 7.5 years ago in 2013, is a Shiba Inu, reiterating that he is not involved with the Shiba Inu token and once again urging people not to spam him.

Such actions from newcomers illustrate the lack of foundational knowledge held by meme coin investors that have fallen into the hype trap.

In an earlier tweet, Markus emphasized that hype doesn’t last, referring to pump and dump tokens with no intrinsic value, and claiming that people who invest in “get rich quick” tokens have a poor general output in the market. That includes blaming others for their poor decisions and “demanding that others pump their tokens.”

Billy Markus sold all of his DogeCoins in 2015, before the token even entered the Top 10 coins by market capitalization, and holds a nullifying position towards the entire cryptocurrency culture, especially regarding pump and dumps.