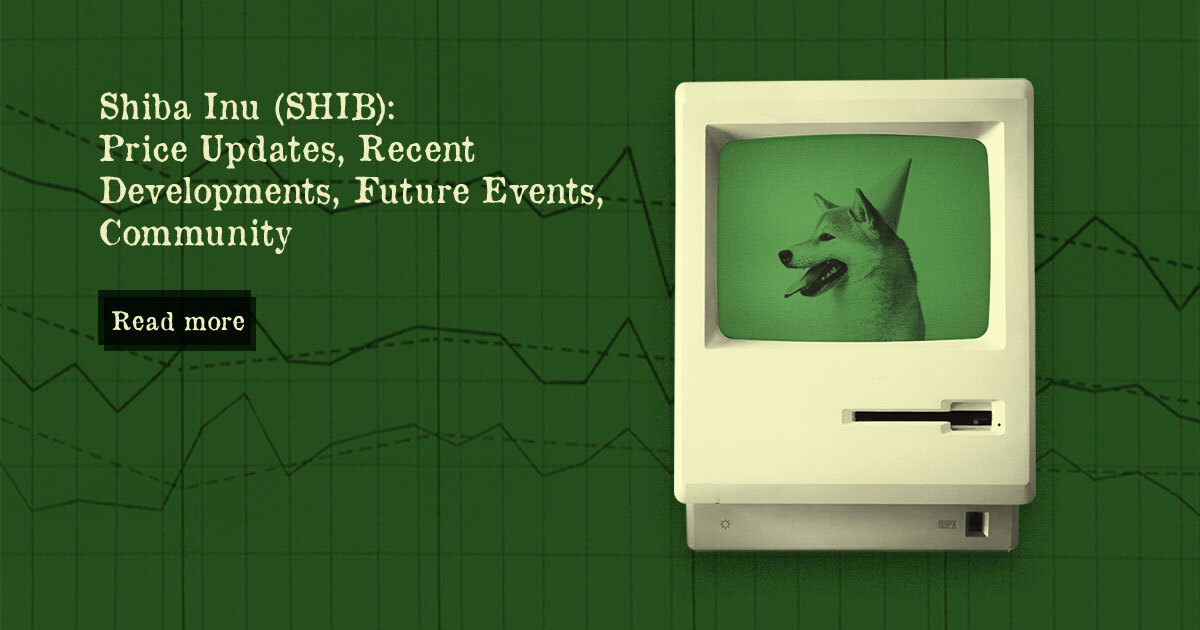 Created in August 2020 by a person/group under the pseudonym “Ryoshi,” Shiba Inu has risen to become one of the most popular cryptocurrencies despite being a meme coin. Modeled after Dogecoin, Shiba has become the most popular meme coin.

Shiba Inu, for many, was the crypto of the month, racking up more gains than any cryptocurrency in the top 20. Now in the top 15 cryptos, Shiba Inu has surpassed Litecoin, Chainlink, and Bitcoin Cash. So, how has the doge killer performed?

After breaking high after high, the price of Shiba Inu fell by almost 50% as the global crypto market consolidated in the first week of November. However, the price of SHIBA has recovered by more than 40%.

While the price of Shiba Inu may be faltering, the coin has gotten more attention and investors than ever, leading to a surge in its trading volume. On November 6, Shiba Inu entered the top five coins by daily trading volume on CoinMarketCap alongside BNB, BTC, and Ethereum.

With a lot of hype around the doge-killer, Shiba Inu has emerged as the most talked-about crypto on Twitter. Shiba Inu leads the social curve with 22%, while Ethereum is far behind with 8.1%. Bitcoin came in third with only 7.2%.

Shiba Inu not only leaves Ethereum and Bitcoin behind in community involvement, the project now has as many followers on Twitter as Ethereum. Despite launching five years after Ethereum, Shiba Inu now has 1.8M Twitter followers, just like Ethereum.

The Shiba Army in New York now has access to Shiba Inu (SHIB) thanks to a Coinbase expansion. On Friday, November 5, Coinbase announced that SHIB is now available to trade, buy, sell, and store on Coinbase for NY residents.

The expansion continued with Catex Exchange listing all the ERC20 tokens. In addition, on November 5, Catex Exchange announced deposits and trading for $SHIB, $BONE, and $LEASH.

Before the November 5 listings, ecosystem coins of Shiba Inu, $LEASH, and $BONE were listed on Poloniex Exchange and BKEX, respectively.

Taking a deflationary route, the Shiba Inu Foundation completed its monthly token burn, destroying $25,000 worth of $SHIB and $25,000 in $LEASH on October 30. By reducing the number of coins in circulation, the cryptocurrency becomes more valuable.

The Shiba community is getting closer to one of its most anticipated events. The developers of Shiba Inu have announced the launch of NFT Shibas, or Shiboshi, as they are known on the network. According to the announcement, there will be 10,000 Shiboshi NFTs on the network very soon.

A strong community drives meme coins, and with Shiba Inu sitting at the top of the pecking order, a lot has to be said about the Shiba Inu community. Referred to as The Shiba Army, the Shiba  Inu community is a team of ruthless believers in the project.

The recent entanglement with Billy Markus, the founder of Dogecoin, says a lot about The Shiba Army.

The Shiba Army consists largely of diamond hands, who are bullish about the future of the project. One user, @ShibaArchives, wrote:

Another user, @RamonChinea8865, shared his opinion about the project, writing:

Shiba Inu’s rise to the top of the pecking order highlights the power of a strong community and decentralization. While analysts have advised against SHIB investment as being a pump and dump scheme, Shiba continues to rage on.