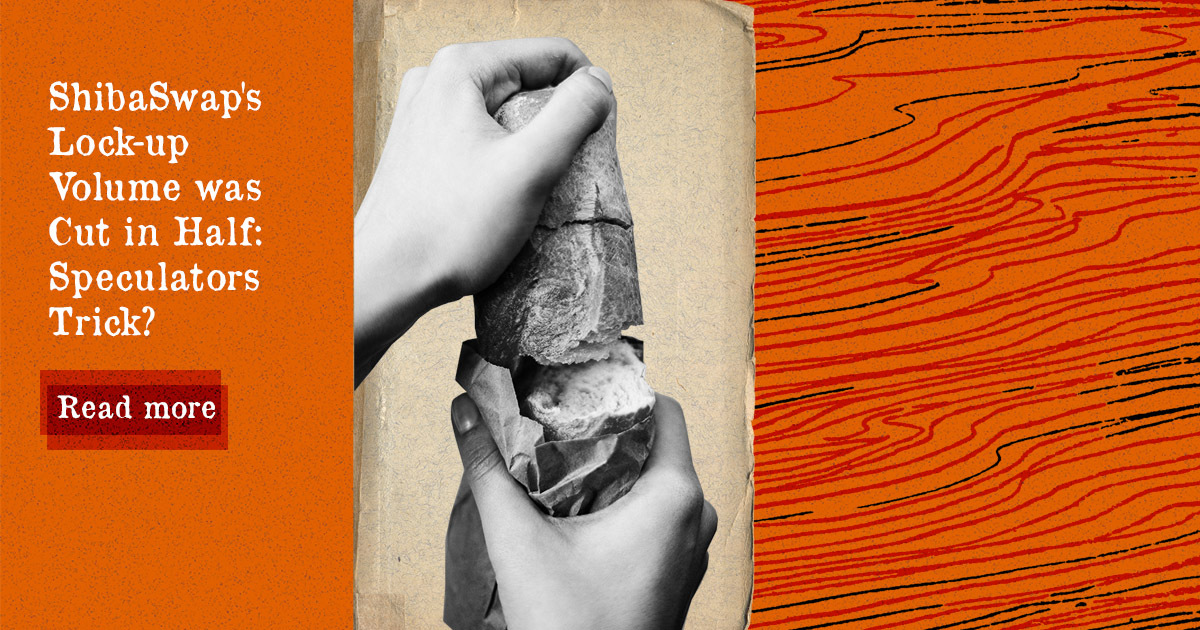 The gains made by ShibaSwap have been nullified after the decentralized exchange lost nearly half of the total value locked that it had accumulated over the last few weeks. Down from previous highs of $2.2 billion, the TVL is a shadow of its former self after the massive decline.

Launched in July, the decentralized exchange had grown by leaps and bounds, gaining up to $2.2 billion in TVL. The launch also played a major role in making Shiba Inu the third-largest consumer of gas on the Ethereum network.

The Fall of Locked Volume on ShibaSwap

Things quickly went awry for ShibaSwap after its locked volume fell by almost half. According to information gleaned from DeBank, ShibaSwap’s volume fell to below $1.1 billion in a move that has left analysts stumped.

One potential reason for the sudden loss of volume may be speculators pulling out their funds as the bonus period of the top mine comes to a close.

The loss of volume leaves ShibaSwap in 18th place on the list of DeFi tokens, just above Balancer and below QuickSwap. Data obtained shows that the locked volume fell by a staggering 47.39%.

For DeFi projects, locked volume is an important metric which is used to measure the adoption levels of a project. A massive decline of this magnitude is thus very unhealthy for a DeFi project.

The Rise of ShibaSwap

ShibaSwap burst onto the scene to great acclaim, gaining over $2 billion within a week of its launch. This saw ShibaSwap shoot into 9th place among DeFi tokens, according to analytics from DeBank.

Within just a week of the decentralized exchange’s launch, it had soared past established protocols like Aave, Uniswap V3, and Synthetix. At its zenith, the number of 24-hour users stood above 9,000, while trade volume was just above $87 million.

ShibaSwap performs a host of functions for the Shiba Inu ecosystem, like providing liquidity to earn BONE, allowing users to stake tokens to earn returns. It provides users with the opportunity to exchange their Ethereum tokens and also provides a comprehensive avenue for users to track their portfolios within the ecosystem.

Central to ShibaSwap are three tokens: SHIB, LEASH, and BONE. These tokens have all been adversely affected by the decline of locked volume, and their values have in turn taken a steep nosedive.