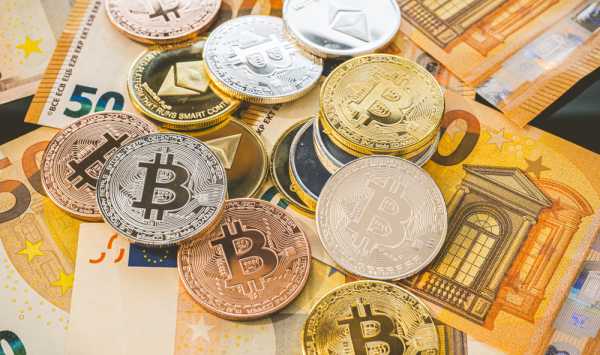 Solana (SOL) has rallied from just over one dollar at the December 2019 low to $216 last week. A 21,500% return in less than two years, which has caught everyone’s attention. It thus deserves its updates from now on. Here I present my Elliott Wave Principle (EWP) count and Technical Analyses (TA) work. The two combined are one of the most reliable and accurate -but not infallible- methods to understand past price action, helping my premium crypto trading members better anticipate future price action. With SOL having topped at $216 last week and now trading at $158, many will ask, “is the top in?“. My answer is, “Yes, A top is in, but it is not THE top.” Allow me to explain below.

After wave three come waves 4 and 5

From the EWP, we know with certainty that an impulse pattern comprises five waves: 1, 2, 3, 4, 5. Thus after wave-3 comes wave-4 and wave-5. Figure 1A above shows, using weekly candles, that IMHO Solana has topped for (black) major-3 of (blue) primary-III and is now in major wave-4. Price has almost already retraced 38.20% of the rally that started mid-June this year. A typical 4th wave target.

Figure 1B shows the daily chart-based EWP supports that using the weekly candles. In addition, I added the Ichimoku cloud, and as you can see, when Price is above the cloud, “good things happen after a pullback, whereas below the cloud, weakness persists. Note (black) major wave-2 lasted from May to mid-June and retraced almost precisely 62% of wave-1: textbook. Thus, given 4th waves are often complex price structures, comprised of at least three waves (a,b,c,), I expect a bottom soon at around the rising 20-day Simple Moving Average ($145ish) for red wave-a, then a “dead cat bounce” for red wave-b, and then last wave-c back down to the $140 zone.

To illustrate the 4th wave complexity, please see Figure 2 below. It shows the February-March correction of an intermediate degree, one degree lower than the current correction. It lasted a month and consisted of four dips and three rallies. But the overall pattern was more of sideways congestion, e.g., called a “Bull flag.” Besides, the correction retraced precisely 38.20% of wave-iii and stayed above the Ichimoku cloud at all times. Once wave-iv was completed, wave-v took over, and SOL rallied strongly. Hence, since we are now dealing with a major-4 type correction, I expect the same pattern to emerge over the next few weeks.

Bottom line: Solana (SOL) completed IMHO a more significant 3rd wave and is now in a 4th wave correction, followed by a final 5th wave to new all-time highs. But for now, the focus is on this 4th wave as it will likely be a long-drawn, sideways movement with numerous, hard to precisely foresee, rips and dips that can quickly burn most seasoned traders’ accounts. Hence, the focus should be on the intermediate term. As I told my premium crypto trading members already, “SOL is now most likely in wave-4 of wave-III to ideally around $130-140, from where wave-5 to new ATHs will eventually take hold.”