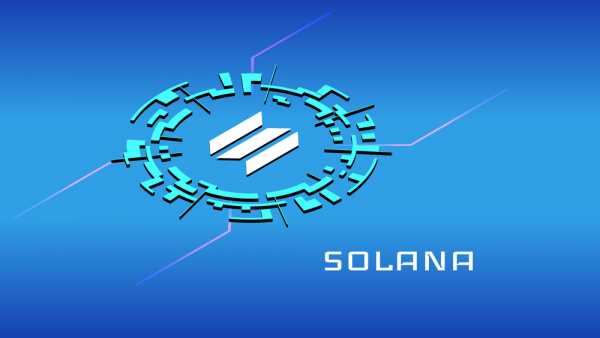 Lawrence Peter “Yogi” Berra (May 12, 1925 – September 22, 2015), an American professional baseball catcher, once stated, “It is tough to make predictions, especially about the future.” Although I fully agree with him, one can make relatively reliable and accurate forecasts, in this case, the cryptocurrency Solana (SOL). Namely, forecasting and prediction are both future-oriented processes. Forecasting determines future events using past and current data, i.e., qualitative or quantitative methods, whereas predictions use arbitrary methods such as instincts and superstitions.

The Elliott Wave Principle (EWP) is based on past and current data and a defined set of price patterns adhering to several rules. Therefore, it is a well-founded, reliable, and accurate method to forecast Solana’s future price highs and lows, as well as the paths it can take to attain those.

Having established the EWP works reliably and accurately in forecasting SOL’s price highs and lows, as well as the projected paths, the critical question now is “What’s next for 2022?”

SOL is now in a more extensive correction and, when it completes, should rally to $350+

The cryptocurrency should now be in a (blue) Primary IV wave. See figure 1 above. The one degree lower 4th wave (black major-4) bottomed in September right around the 50% retrace of the prior major-3 wave. Thus, it is logical to assume that Primary-IV does a similar retrace as major-4. SOL already bottomed in the upper part of the (blue) target zone box. So far, so good. But 4th waves are often complex, with at least two waves lower and one counter-trend rally in between (a, b, c).

The rally to this week’s high at $204.79 could already be (black) major-b? Or it can try for another leg higher to $220-240 before the next leg lower (wave-c) starts. The crypto will need to close back above the 10-week Simple Moving Average (SMA) to confirm this latter option, as that is now resistance. A close below the 20-week SMA triggers a more direct push lower.

Hence, the current price action and path forward for the next several weeks are ambiguous, courtesy of the 4th wave. Still, either way, I expect SOL to bottom around $100-130 for Primary wave-IV before wave-V takes hold and rallies price ideally to $350+. Given Primary-II lasted from August through December 2020, I expect Primary-IV to last a few more months before it completes early 2022. Primary V should then last several months as well. Once it ends, later in 2022, SOL will then go through an extended period (think year+) bear market. But for now, the focus is on nailing Primary-IV and setting sail for Primary V.

Bottom line: The EWP is a beautiful, reliable, and accurate tool to forecast SOL’s price action, and my premium crypto trading members bank nicely on my application of it. Based on the EWP, I anticipate a Primary IV wave to be underway, which after possibly a few more twists and turns, should ideally bottom around $100-130 in early 2022. From there, a multi-month rally to ideally $350+ should materialize to complete the Bull run that started July 2020. SOL will have to trade for several weeks in a row below $100 to suggest the aforementioned Bull top already completed.

Bitcoin and Ether Resume Slide, Why ADA Could Rally Again

Binance Becomes the Blockchain and Cryptocurrency Industry’s First to Join the...