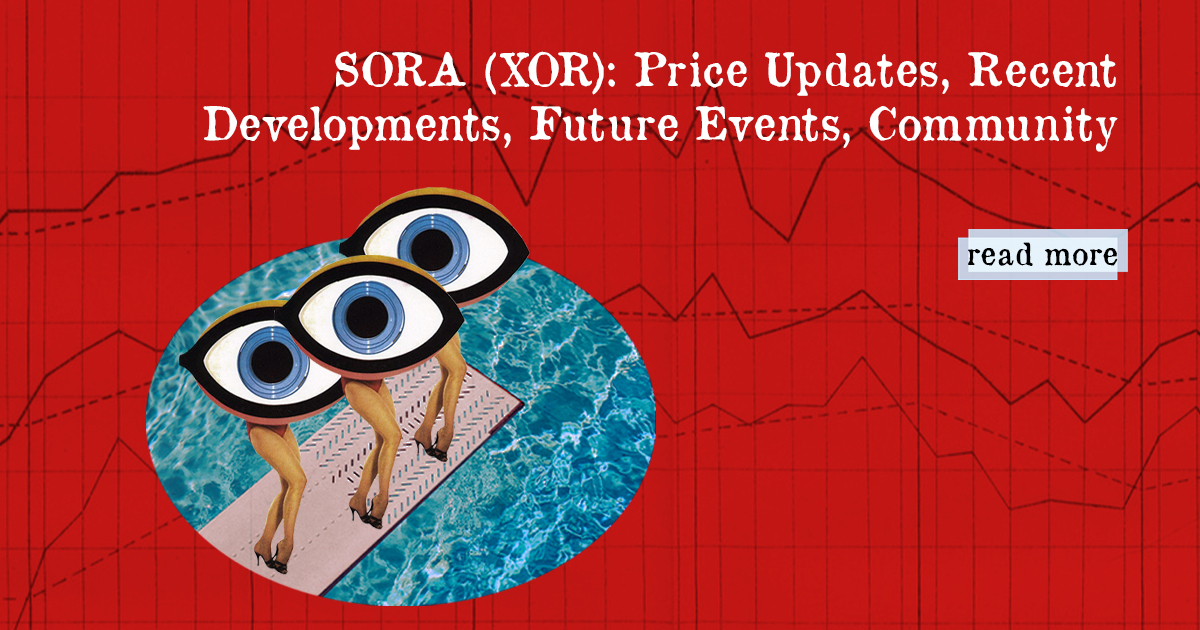 The motto of SORA is “Many Worlds. One Economy.” The project aims to create a supranational economic system that can efficiently provide capital to producers. The ultimate goal is to push humanity forward by providing a democratic governance structure that fairly allocates capital.

SORA says it is “working to become a decentralized multiverse economic system” that finances the development of new and exciting applications. So, how has this ‘one economy’ project fared in recent times?

When SORA first launched, the project pursued a ‘One World. One Economy movement; now, SORA has decided to pursue the ‘Many Worlds. One Economy’ dream. SORA is working to become a decentralized multiverse economic system.

Under the supervision of the SORA Parliament, the project will finance the development of new and exciting applications. SORA has also teased the launch of NFTs on the network. In addition, SORA released a 1-hour video to give its users a glimpse of SORA’s Many Worlds.

In early September, SORA announced that its native token, XOR, had been selected by JP GAMES to be used as the native token of its Pegasus World Kit metaverse.  To provide liquidity, JP GAMES sought a community loan of 60,000 XOR. The referendum was put up on September 15th by the SORA community.

On September 22nd, SORA revealed that the JP GAMES referendum had been approved by the SORA community, which meant that the Pegasus World Kit would include XOR wallet functionality, allowing developers to employ XOR in the metaverses they create. The loan is expected to be burned in 20 years.

SORA announced on September 22nd that the SORA iOS application 2.1.0 is now available on the testnet. The upgrade gives users access to multiple assets and asset management on the SORA network. SORA has also announced that the network has surpassed the 2 million block milestone. SORA Tweeted:

It's over two million!

The SORA network has surpassed the 2M block milestone, with over 2.4 million transactions! #𒀭 pic.twitter.com/NWCjkrcsFq

While the iOS application is already available on the SORA testnet, Android users will have to wait a little longer. In its recent community update, SORA announced that its Android application with Polkaswap functionality is still under development.

While there is no official release date yet, the September 22nd update says the app will be ready “soon.”  The app will also bring a new design with Polkaswap for SORA users.

SORA (XOR) has been greatly affected by the market dip, eclipsing the daily gains. Over the last 30 days, the price of XOR has climbed from $282 to as high as $335, before plunging to $223.

SORA is one of the lesser-known crypto projects, as such, it does not enjoy as much support as more popular, robust crypto projects. On Twitter, SORA has attained 26.9K followers, and 10.5k members on Telegram.

The Dailycoin team discovered that members are hyped about the potential of NFTs  on the network. @tenkbeztablice wrote on Twitter;

Other members are strong believers in the project. One Twitter user, @hunters_9695, wrote;

I haven’t tried the on-ramp but I’m liking the implementation isn’t Fearless wallet. It should bring Sora network closer to interoperability.

However, I’m most excited for the Sora App 3.0.0 release update with Pswap integration!

Under the “Many Worlds. One Economy” mantra, SORA is working to become a decentralized world economy system. SORA believes it has the potential to scale not only to serve the current cryptosphere, but countries at large.