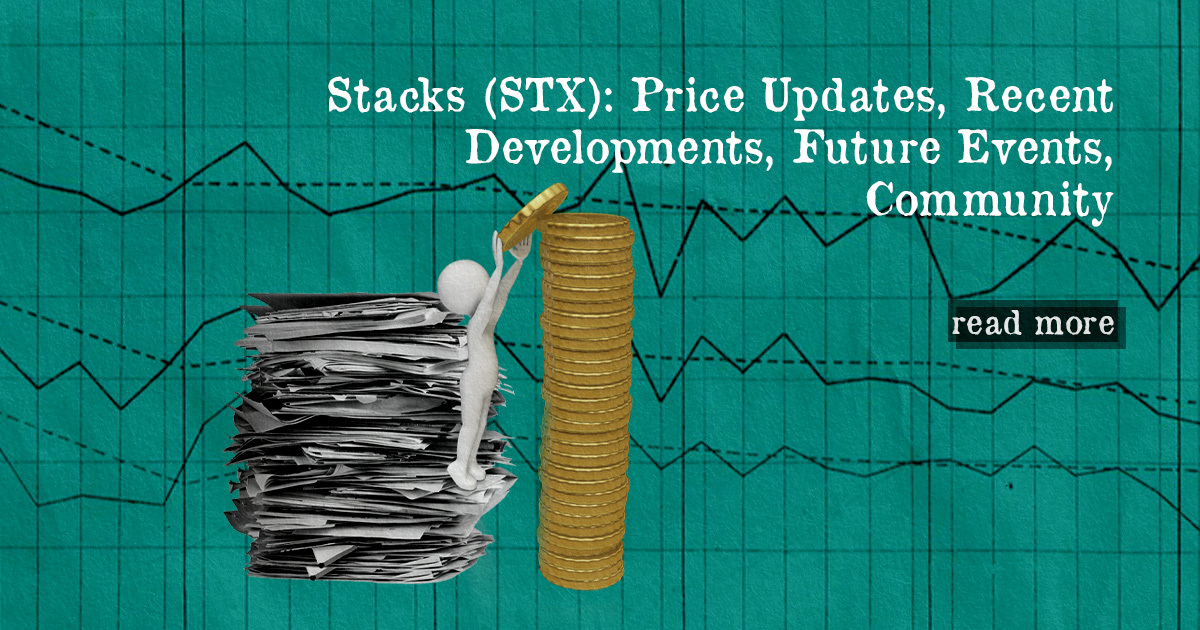 The crypto space is snowballing, making it almost impossible to keep up with the growing number of projects. Currently, there are over 12,000 projects, and Stacks is one of the lesser-known, yet top-performing blockchain projects.

More companies are opening up to the growing Stacks network. On October 11, Coinbase International announced that its subsidiary, Coinbase Pro, now supports stacking for Stacks (STX). Similar to staking, Stacking involves locking your STX temporarily to support the security and consensus of the Stacks network.

Holders of STX can now earn Bitcoin rewards on Coinbase Pro. Stacks revealed that over 789 BTC ($44M) has gone out in BTC rewards since the mainnet launch of Stacks in January 2021.

Originating on the Ethereum network, non-fungible tokens (NFTs) have become one of the hottest topics in the crypto space. Combining smart contracts with the Bitcoin Network, Stacks successfully brought NFTs to the Bitcoin network.

NFTs on Stacks, also considered Bitcoin-NFTs, have become very popular on the network. On October 5, Stacks launched their NFT marketplace, and the Bitcoin Birds collection launched and sold out within an hour.

Stack Owls have announced the future launch of 4,444 NFT Owls. There will be four characters, each with slightly different props. The 4,444 Owls will be randomly generated for users to mint.

Similar to the introduction of NFTs on the Bitcoin network, Stacks is working on the formation of a DeFi economy in the Bitcoin ecosystem. Two notable projects, Arkadiko and ALEX, will be launching their mainnet in Q4.

In addition, the partnership with Orbit Chain will help to push the creation of a high liquidity environment for popular DeFi platforms. Stack’s integration with Orbit Chain is expected to be live in Q2 of 2022.

With the explosion of NFTs on the network, the demand for STX grew, increasing the price. In the last week, the price of STX rose as much as 70%, peaking at $2.54 in the process.

Stacks is not the most popular crypto project, with 85K followers on Twitter, 55K members on Telegram, and 11K members on Discord. What the project lacks in community size, it makes up for in community participation through giveaways and airdrops.

For example, on October 11, Stacks announced the winners of three Limited Edition Boomboxes from @StacksOrg and @boom_wallet for its Stacking contest. Contests and airdrops of this nature are common for the project.

The DailyCoin Team discovered that Stacks, more than most projects, excels in its community involvement. @uxceo praised the involvement and participation of the Stacks Community. He wrote on Twitter;

This is why we're doing a launch partner program for @CrashPunks

If you run a startup, NFT collection, or Stacks organization/initiative, DM me so we can promote each other!

A Twitter user, @XanDitkoff, in a thread explained why the Stacks project is top-tier. He wrote:

1/11 Just had my weekly catch up call with @JudeCNelson, and he blew my mind (somewhat normal, but this time even more than usual).

I've never been more excited about the level of tech and capabilities coming to @Stacks in the near future.

Following the launch of NFTs on the network, @a41_steve believes Stacks will become one of the most successful blockchain projects. He wrote:

0/@Stacks will become one of the most competitive layer-1 blockchains along with @ethereum, @solana, and @cosmos.

Combining Bitcoin with smart contracts, Stacks has launched NFTs and will also be looking to build a DeFi ecosystem on the blockchain network. These unique offerings increase the future prospects of Stacks.