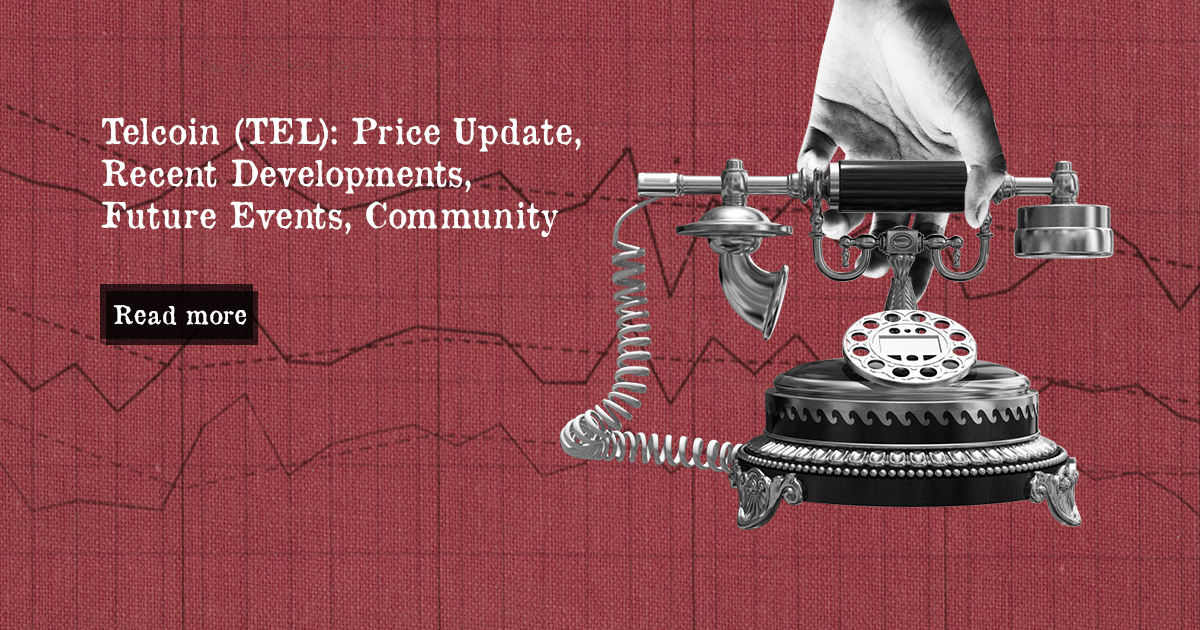 Telcoin is a global decentralized financial service platform that allows users to send money easily through mobile phones. Telcoin’s vision is to remove the barriers associated with sending money in centralized finance, such as access to banking. It is a fact that many people lack access to banking services in rural areas, but the number of global mobile phone users has surpassed 5 billion.

Telcoin gives users an easier way to send money through mobile numbers. Telcoin is decentralized and utilizes the security of the Ethereum blockchain. With its proof-of-concept mechanism, Telcoin is fast and secure. Telcoin, in addition to giving much access to the billion-dollar remittances industry, also reduces the fees to less than 2%.

A user can send money by simply logging on to the Telcoin app, selecting a preferred wallet or source, inputting the recipient’s name and mobile number, and confirming the payment. The recipient can then choose where the money goes.

TEL is the native token of Telcoin. Telcoin is gradually seeing increased adoption as users begin to try out the new way of making remittances. The price of Telcoin is $0.01995, down from its surge in August and early September.

Telcoin price progress can be seen as it started the year at $0.00018 but gained value over the months, hitting a record-high $0.06 in May. Though it is way short of its record highs in May due to the market crash and other factors, Telcoin still has prospects for success. Telcoin’s speed and reduced fees compared to other remittance options will boost its mass adoption in the market.

Though the future speculation of $1 for the token seems far away, as Telcoin continues to open up the over $600 billion remittance industry, a massive price boost may come its way. Telcoin is ranked #96 by CoinMarketCap.

Telcoin’s founder, Paul Neuner, and his team are constantly pushing the Tel platform to new heights. Telcoin has launched its V3 with new updates in its architecture. V3 provides users with better service as well as the launch of the SMS Network and the Telxchange.

The Telxchange, which also launched with the V3, is a decentralized asset exchange that is powered by Tel.

TELx Balancer incentives contracts have also been updated and deployed to the TELx site. The Balancer Single incentives, which began on October 6, is scheduled to run until at least December 2022.

Due to the update, participants of the Quickswap Double Incentives who staked in TEL/QUICK, TEL/USDC, or TEL/WETH were asked to withdraw their LPT and stake them in the new contracts.

Telcoin has also extended its services to new markets in Africa, Asia, and other places, including 24 mobile wallets. With the new agreement reached in 16 countries, Telcoin is set to grow at a fast rate.

The community behind Telcoin isn’t just the users of the service or holders of the token. The Telcoin community also includes telecommunication providers and digital wallets. Telcoin incentivizes participation through rewarding its tokens to Telcos.

Telcos and other community members also contribute to making the platform better. The launch of Telxchange has encouraged users to participate to earn staking fees.

On social media, the DailyCoin team found a variety of users with opinions around the Telcoin platform.

@debbiebwrs has hope for the mass adoption of Telcoin:

The point? With major updates / news anticipated, $TEL's next big run will be bigger than the last.

The remittance industry accounts for over $600 billion per year, and it is a source of revenue for most countries. Telcoin is making remittance easier with a mobile phone, especially in the under-banked regions, giving people access to fast remittance. A service like this is what the world needs to bridge the ever-increasing financial infrastructure gap.