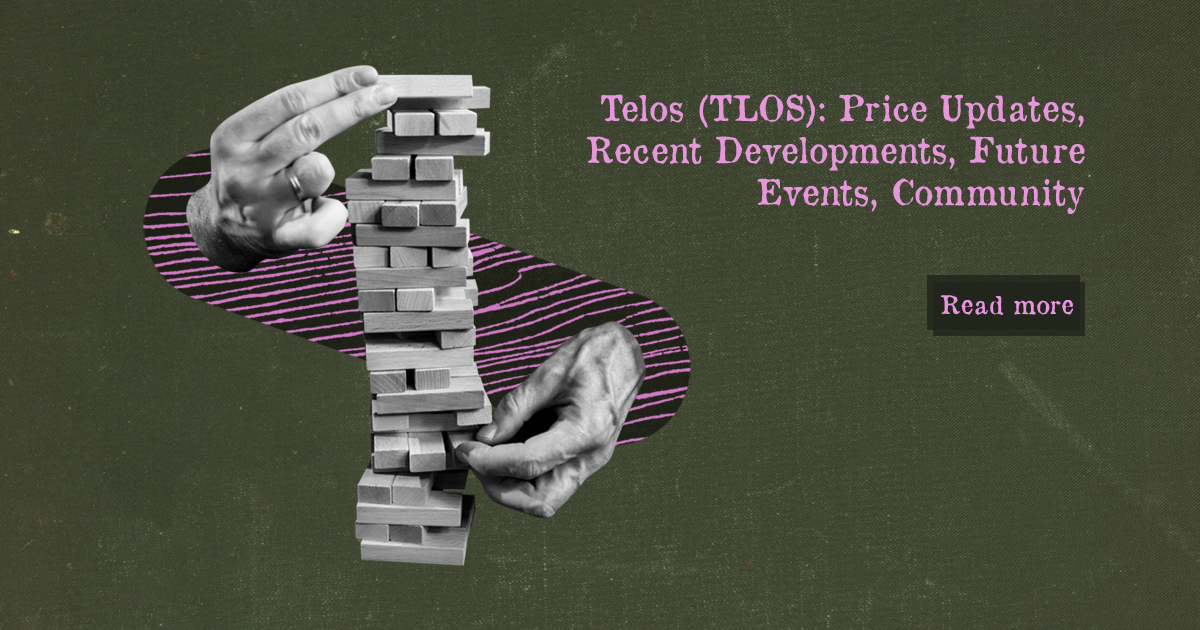 Blockchain technology is becoming more entrenched in more areas of society, and developers are steadily improving their projects to solve current problems. However, the Ethereum blockchain, which is the top DeFi application blockchain, has had its shortcomings due to congestion, which has led to the rise of Telos and other blockchains.

Telos is a third-generation blockchain that is fast and feeless. Telos records a transaction speed of 10,000 per second while being environmentally friendly. The Telos Ethereum Virtual Machine has made it the perfect destination for developers, and its blockchain currently has over 100 applications and counting.

Telos was launched in 2018 without an ICO or VC funding, yet its utility and community have pushed it far.

However, the price of Telos has gained ground, with a 39% increase in the last seven days. If it maintains this growth, Telos could be well above $1 before the end of the year. Starting the year at $0.015, Telos has made rapid progress so far.

Telos broke onto the scene with its top-notch technology and is constantly improving to reach the desired level.

“Too fast, too furious”

The Telos EVM demo went live on the 1st of September, 2021, making it the fastest and most efficient Ethereum Virtual Machine so far.

Users can take advantage of this and swap, provide liquidity, and earn on the EVM. In addition, Telos has announced that the EVM will be open source to enable developers to launch their DeFi platform on the EVM.

In another development, Telos has been listed on Gate.io after passing the vote to make it to the exchange. At first, BEP 20 and ERC 20 deposits and withdrawals will be supported, and native withdrawals and deposits will soon be added.

The community behind Telos has been key so far in its growth as it started without an ICO or VC funding. Instead, Telos has created a decentralized system, giving the power to coin holders along with many stakeholders and developers. Heather Nichol, a strong believer in the project, wrote;

The creation of an open network has allowed everyone to create and make contributions to the network to reach its goal.

The community behind Telos is basking in the euphoria of the Telos EVM. Twitter user @ndfrek wrote:

I think someone tied $TLOS to a rocket & launched her #TELOS

Another Twitter user, @pityshiller, gave an optimistic forecast following the launch of the EVM.

$TLOS is about to pop-out with their upcoming EVM! We all saw what happened with BNB and MATIC; Telos EVM seems to be the best and it is insanely undervalued at <100M$ MarketCap. 100× to reach MATIC'S MC and 1000× to reach BNB's! My bags are packed! LFG https://t.co/Ff1kRqK238 pic.twitter.com/9zq76ivMjZ

Telos is a third-generation blockchain currently pushing to get more adoption. The launch of the fastest EVM is only the beginning of what is to come for Telos. Telos is working on adding more projects to its blockchain ranging from NFT, gaming, etc. This is the right time to own Telos before it has a massive price surge.