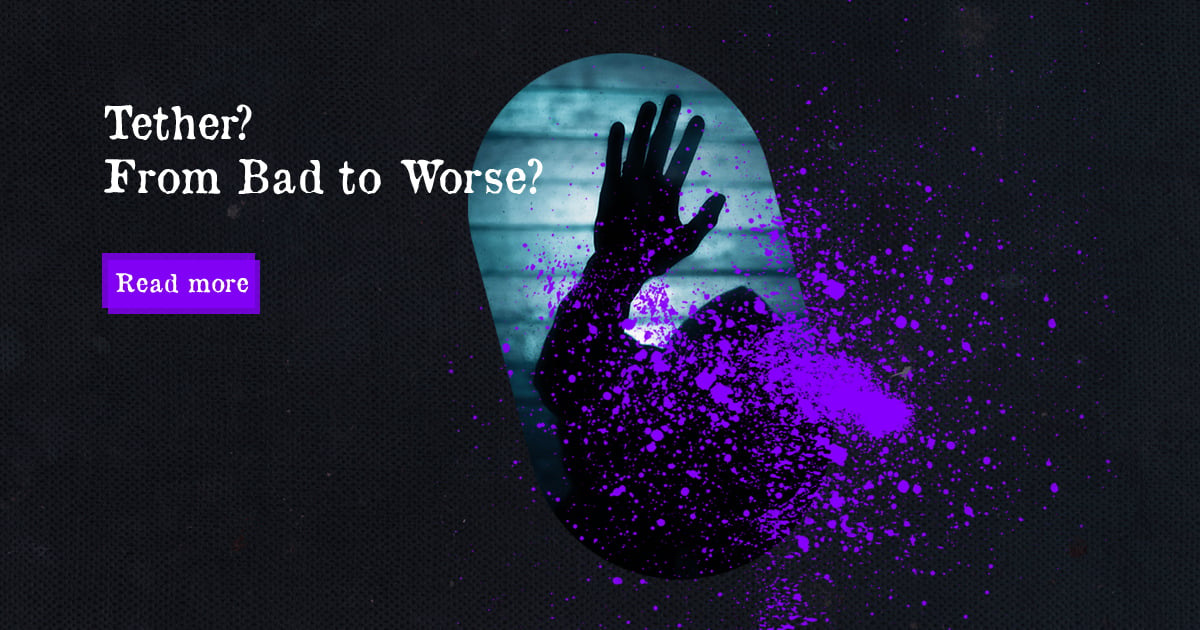 Decentralization is sometimes taken for granted. Multiple entities benefit from the growing interest in the decentralized future, as individuals overlook blatant centralization. Business models that blockchain ideals aim to circumvent are repeated by companies seeking to bridge the centralized gap. Triggered by an opaque public representation, companies such as Tether are becoming warning signs for the crypto community.

The celebration of the lack of Chinese influence on the crypto market might be short-lived. A new Bloomberg investigation discovered that Tether’s reserves are not as stable as deemed. Specifically, the report indicates that Tether has billions invested in Chinese commercial papers; however, a Tether spokesperson said the company holds commercial papers “in A-2 and above rated issuers.”

The Evergrande crisis intensified the community’s concerns regarding Tether’s Chinese market exposure. However, the Bloomberg report highlights that Bitcoin’s reserves include billions of dollars in short-term loans to Chinese companies, aligning with existing community concerns.

What’s worrying is that a possible collateral shake-down caused by a Chinese financial crisis could ripple through Tether’s finances, overwhelming crypto, and financial stability.

Bloomberg’s Zeke Faux also noted that Tether has “lent billions of dollars more to other crypto companies” that include Bitcoin as collateral. Moreover, Tether also participated in a Celsius Network equity fundraising with an investment of $10 million in 2020. The same report notes that Celsius is paying between 5-6% interest on “$1 billion in loans from Tether.”

In response to the Businessweek article, Tether released a statement condoning the findings, stating that the findings are “a one-act play the industry has seen many times before,” which takes “snippets of old news” and “dubious sources” to create a framed package for their readers.

John Betts, a former CEO of Noble Bank International in Puerto Rico, stated to Bloomberg that executives made risky decisions with investors’ funds for their own profits. In response, Tether argued that the author failed to follow the string of facts and relied on John Betts, who was “fired as a banker” by Tether.

In response, Tether’s lawyer petitioned to block the reports claiming they include “information about financial strategies and compliance measures.” What’s certain is that Tether does not want to show any evidence about its exposure. However, in 2021, Tether and Bitfinex settled a lawsuit worth $18.5 million with the Office of the Attorney General in New York. Tether will be required to publish quarterly statements and data on the company’s reserve allocations.

Tether is acting contrary to the values of the cryptocurrency markets and their ability to showcase a transparent front. Tether’s lack of transparency doesn’t help Bitcoin’s volatility index, as any Chinese financial crisis could damage cryptocurrency’s growing slope.