ہوم Prices The Best Trades For The Green Energy Revolution 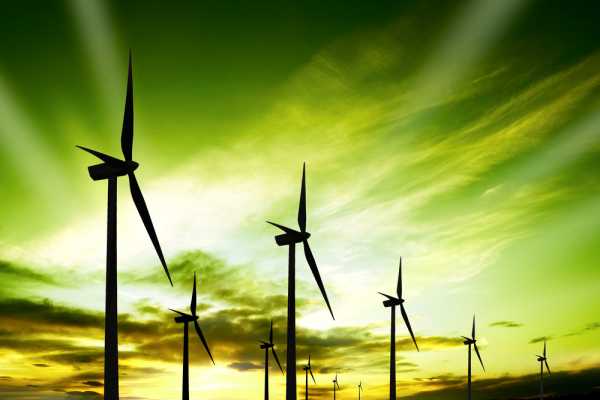 For those companies who fail to accumulate sufficient allowances or reduce their emissions accordingly, they face a fine of approximately 100 euros per excess ton of carbon emitted, as well as being required to accumulate allowances in future years to cover those not covered in past years. The system is structured such that there are significant penalties for the participants who do not meet the emissions goals.

The benefits of using a ‘cap and trade’ system as a means to meet carbon emissions goals is it allows the market to determine how the emissions can be reduced at the lowest cost to consumers and to the economy. What this means is the price of carbon is effectively set through the market via the supply and demand for allowances. Relative to more traditional methods of simply taxing carbon emitters, a ‘cap and ‘trade’ system offers far more flexibility and efficiency, resulting in carbon emissions being cut by companies and industries who will incur the smallest cost for doing so.

First launched in 2005 as a pilot program, the Emissions Trading Scheme is now in its fourth stage, and has undergone several changes throughout its history. Phase 1 (2005-2007), was the testing phase where too many allowances were issued, resulting in the price effectively falling to zero. This oversupply was partly driven by the companies themselves overestimating their carbon emissions on purpose, allowing them access to a greater number of allowances.

Phase 2 (2008-2012), was similarly driven by an oversupply of allowances from Phase 1, and coincided with the Great Financial Crisis, both working to keep prices down. Phase 3 (2012-2020) on the other hand worked to reduce the supply and increase the amount or participants. Phase 3 has been very successful and has established the EU ETS as one of the worlds most effective measures to combat carbon emissions. The system is set to further reduce supply and increase participants throughout Phase 4 (2021 and beyond).

What is important to note in regards to Phases 3 and 4 is the number of allowances available has been declining, along with the number of participants who were previously entitled to free credits is declining, and finally, the number of industries and countries included as part of the scheme is increasing. As it stands, 27 countries within the European Union are part of the scheme, along with non-EU countries Norway, Liechtenstein and Iceland. As I will touch on the in following section, the supply and demand dynamics for the scheme indicates the prices of these allowances is heavily skewed to the upside.

The current supply of allowances is what’s referred to as the Total Number of Allowances in Circulation, or TNAC. This is currently set at around 1.4 billion tons of carbon emissions annually. The emissions targets of the scheme is a reduction of emissions by 43% relative to the 2005 levels when the system was initiated. This implies a linear reduction in emissions of 2.2% annually from 2020 to 2030. The TNAC will reduce accordingly in line with the targeted reduction in emissions. Simply put, the supply of allowances will reduce each year.

This creates a simple dynamic within the scheme; a reduction of supply coupled with an increase in demand. The system is skewed towards higher prices. The brilliance of the scheme is it creates incentives for higher prices of the allowances for almost everyone involved. The higher the price (i.e. the higher cost of emitting carbon), the greater the incentive for companies to own credits and thus fewer greenhouses gases are emitted. What’s more, the governments not only have an environmental incentive for higher prices, but as a result of the sovereign governments of the many nations involved in the scheme being the ones who actually distribute the allowances to the participating companies, they directly receive revenue via the auctions for doing so. Again, higher prices equals higher revenue.

To a certain extent, the allowances themselves are being viewed by the participants as a store of value. They are aware the prices are going to rise, they are aware the supply of allowances is going to continue to fall, and they are required to all hold enough allowances to conduct their business as it stands. There is little incentive to sell. Analyzing this supply and demand dynamic from a stock-to-flow perspective as one would gold, bitcoin or other scarce assets again presents a favourable outlook for the price. What’s more, unlike gold or bitcoin, it is in the governments best interests to see the prices rise. The system is being championed by government policy as opposed to an alternative to government policy.

To give some idea of how the supply and demand dynamics of the scheme are set to work within the coming years, Lawson Steele of Berenberg Bank, one of the worlds leading experts on the EU ETS, projects a cumulative supply shortfall of around 99% by 2024! If such projections were to modestly prove true, there is huge upside of the price of allowances in the coming years.

However, it must be noted the EU is somewhat cautious of a too-rapid increase in price, and do have measures in place to combat such a rapid price rise if it were to be too damaging for the companies involved in the ETS. Should it be deemed necessary, the policy makers will (attempt) to intervene via what is known as the Market Stability Reserve (MSR), as well as there ability to alter the supply of allowances as defined by Article 29a of the ETS.

The MSR is basically a feature of the system that helps to control over an oversupply or undersupply of allowances. Introduced in 2019, the MSR works to reduce the supply (i.e. the TNAC) when there is an abundance of allowances, and increase the TNAC when there is a potentially harmful allowances deficit. The idea behind the MSR is to allow prices to rise in a smooth fashion with minimal volatility.

Likewise, Article 29a of the scheme’s directive obliges the policy makers to monitor the supply and demand dynamics and intervene by reducing or increasing supply should this be deemed necessary. Whilst the purpose of Article 29a is again to try to ensure prices rise in an orderly manner, the actual rules therein are cloudy in nature and very much open to interpretation. What’s more, the many different sovereign’s involved will want different prices depending on their industries included in the ETS, thus creating somewhat of a potential conflict of interest between participants and thereby increasing the difficulty of intervention via Article 29a.

Whilst the biggest risk is an excessive rise in prices to the point whereby policy makers deem it appropriate to intervene, such a risk could be considered immaterial given that prices must rise in the first place to warrant such intervention. To be clear, the policy makers most certainly want higher prices. These measures are more so designed to achieve those higher prices in an orderly manner. At the end of the day, the priority of the scheme is to reduce GHG emissions, and if the price must rise to achieve this then so be it.

Technicals and ways to trade

Capping off the bull case for the EU carbon allowances are the technicals. The allowances themselves can be traded in the futures market. This futures market of EUA’s has a near $300 billion market cap with a significant level of liquidity.

From a long-term technical perspective, the recent breakout of the decade plus basing pattern remains immensely bullish.