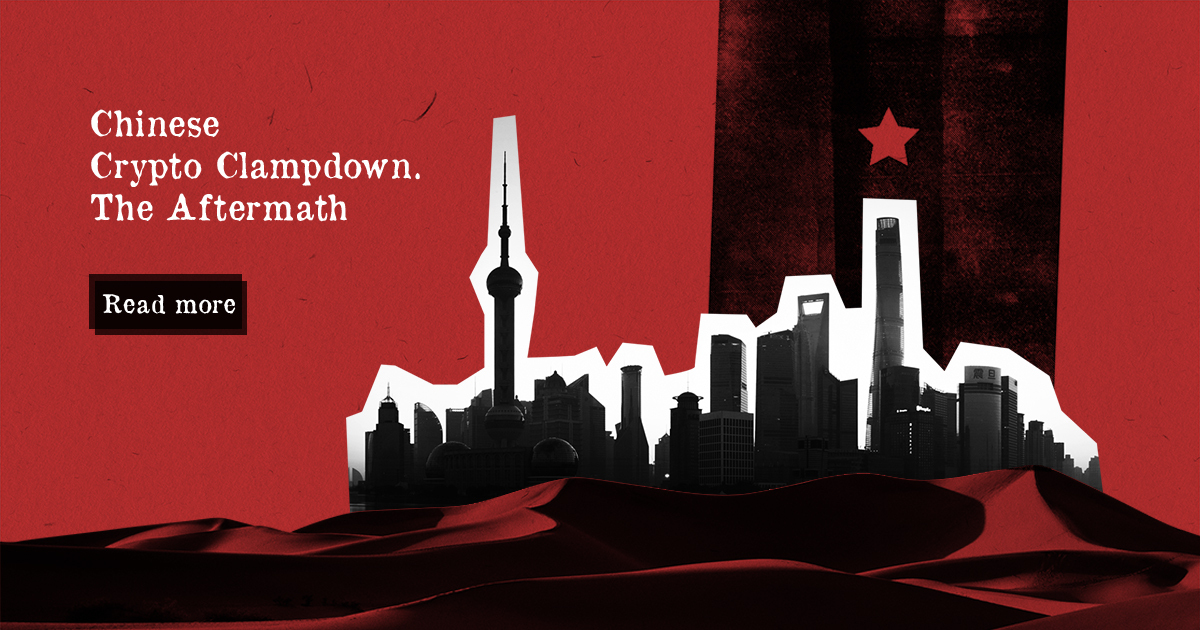 The concept of cryptocurrencies is contrary to governmental beliefs of a fair and equal society. Governments have been imposing cryptocurrency restrictions in order to contend with the growing hegemony cryptocurrencies have in lower social structures. From the outset, China had aimed to suppress cryptocurrencies as they developed, as it was contrary to the state-dominated economy envisioned by Chinese authorities. Now China has banned crypto for good.

China’s influence on the crypto market’s volatility had always been a concern. Since 2013, China has proactively banned several sectors of the crypto industry, culminating in the May 2021 clampdown when mining operations and financial transactions were prohibited. In addition, on September 24th, the People’s Bank of China issued two documents outlining the illegality of crypto mining and associated transactions for Chinese residents.

China’s crypto ban process is still ongoing. A Business Insider report shows that China’s firewall has banned over 120 crypto platforms, including CoinMarketCap, TradingView, and CoinGecko. Additionally, crypto exchanges and wallets are suspending operations for Chinese customers, enforcing an IP block on all Chinese customers. However, in an interview with The Block, CoinGecko’s co-founder, TM Lee, said that the company was not blocking customers “proactively.”

With China enforcing its restrictions and making anyone liable for providing services within the country, Alibaba, the e-commerce giant, has banned all overseas crypto mining equipment sales. As crypto becomes a persona non-grata, traders and crypto users will have difficulty liquidating their crypto assets.

Are They on to the Right Reasons?

China’s crypto regulation was well-intentioned, as ICOs and many crypto-assets have spiraled into a speculative scheme. To a certain extent, crypto’s value resides in its decentralization and unregulated form; however, as more users entered the market, interactions were no longer equitable.

Crypto has transcended into universal goods, the value of which overwhelms the facilities of centralized monetary systems. The fact that China wants to become carbon neutral by 2060 acted as a pretext for extending the ban on cryptocurrencies. The state has been testing and developing the digital e-yuan as a means of regaining monetary control in the country, and Bitcoin countered the impression of ultimate authority.

Colin Wu, a Chinese journalist covering blockchain and crypto developments in the country, noted that “many Chinese users will flood into the DeFi world,” because digital assets are still lingering in users’ wallets, which suggests that existing policies might not suffice to usher in complete network control. Colin Wu notes that “more policies against cryptocurrencies are coming,” illustrating that Chinese authorities are more than serious about the current path they’ve taken.

China exiting the crypto space has left many unanswered questions. Winston Ma, a professor at New York University, said that there is still a lot of uncertainty about the notice of implementations, arguing that publicly traded companies that have a lot of compliance need to negotiate their crypto exit.

Centralized control seems to have evaded Chinese authorities. With Evergrande posing a threat to local and global economies and Bitcoin challenging financial sovereignty in the country, there is more pressure to conclude the testing period for the e-yuan, which will offer “surface-level convenience of cryptocurrency,” without decentralization and anonymity.

While China’s stance towards crypto is degrading, many believe the U.S should counter its approach and embrace cryptocurrencies with mild regulatory inputs. Venture capitalist Katie Haun told CNBC that “this is an opportunity for the United States,” because it has an opportunity to gain control of an innovative and disruptive market. Interestingly this means that the fear of Chinese centralization has now shifted to the other side of the world.

Negative news no longer impacts Bitcoin that heavily because China had already set a banning precedent in recent months. However, national, and even global regulation, can directly impact and affect the stability and reliance of the decentralized network in becoming a globally implemented financial tool.