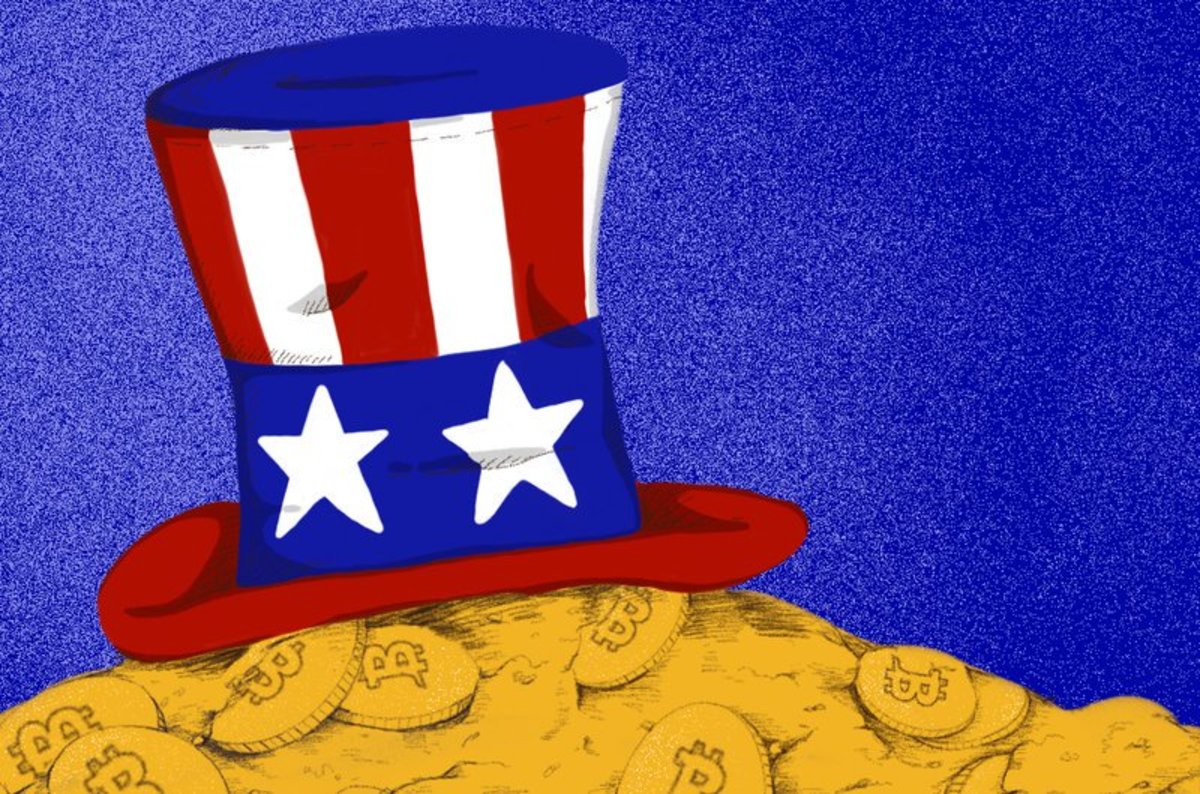 An anarchistic digital currency pioneered by cypherpunks and first used on shady internet sites is not something one would typically associate with patriotism. Nevertheless, as our country strays further from its founding ideals of liberty, decentralization, and personal responsibility, perhaps Bitcoin is precisely what is needed to return us to those roots.

While Bitcoin is a ground-breaking technology, what it accomplishes is neither a radical nor a new idea. The fiat experiment beginning in 1971 is not the norm in the history of money, and bitcoin simply restores the principle of sound money that has been present throughout history. Where Bitcoin differs from the monetary standards of the past is in its technological superiority, which allows it to avoid some of the failures of those past standards.

Bitcoin’s ledger is auditable and can be verified by individuals running nodes on their own personal computers. This prevents the creation of inflationary “paper” bitcoin similar to the creation of paper gold and silver that has hurt those markets, since Bitcoin makes physical delivery of the asset much easier. With gold it is necessary to entrust institutions to hold the physical asset since they are the only ones with the resources to store and guard it. There is no such problem with Bitcoin since users are able to self-custody practically limitless amounts of value using a single digital wallet.

Bitcoin has the potential to disrupt the current paradigm of nation-states, yet owning bitcoin should be seen as patriotic since it embodies the values this country was founded on. For better or worse, Americans have always prided themselves on their individualism. The desire to hold as much control over one’s own life as possible is an innately American desire, and one that is only fully enabled financially through holding bitcoin.

Bitcoin not only gives its holder control over their wealth and finances, but also the ability to transact freely with the rest of the world. Freedom of speech and property rights are deeply American values which are only strengthened by Bitcoin: a currency that is both censorship and seizure resistant. No one must ask permission to access the network for it is completely neutral. This financial liberty and sovereignty is the foundation upon which all other political, economic, or individual liberties can be built.

Americans have always sought truth and liberty, however many popular attacks on Bitcoin violate those two principles. Bitcoiners, on the other hand, are drawn to bitcoin precisely because they value truth. They seek to replace the lies and promises that make up the fiat system with Bitcoin’s mathematical truth and immutable monetary policy. The most common criticisms of Bitcoin, namely the environmental FUD, come from a lack of knowledge about Bitcoin and little desire to learn the truth.

For example, motorized vehicles have a far larger carbon footprint than horse-and-carriages. Similarly, the internet uses far more energy than physical information systems. So why now are people turning away a revolutionary technology simply because it may require more energy than its predecessors? Just as energy is required to start a car or surf the internet, energy is what is necessary for Bitcoin’s security and decentralization.

Critics of Bitcoin from within the “crypto” community often point to Bitcoin’s high energy use and “inefficient” transactions as reasons to move away from proof-of-work consensus to proof-of-stake, or to embrace entirely new crypto projects. What this loses sight of, however, is the remarkable conditions that created bitcoin which cannot be replicated. Bitcoin is the first example of absolute, verifiable scarcity in history, and this true scarcity can only really occur once.

We already have fast monetary transactions through centralized financial services. The goal of Bitcoin is to create hard money that cannot be corrupted or tampered with by any individual, company, or government. Satoshi’s primary critique was with the amount of trust required to support the legacy fiat/financial system and the history of that trust being abused by governments, and thus Satoshi set out to devise a system that was trustless. Bitcoin serves as the base settlement layer while secondary layers/services will provide the fast and cheap transactions consumers are used to. Any crypto that advertises fast transactions with its base layer and uses PoS is simply an extension of systems that already exist. When a new crypto tries to speed up transactions or reduce energy footprint, it makes a trade-off by losing decentralization and immutability: the two reasons for Bitcoin’s very existence.

If America had let “x uses too much energy” determine its course of action in the past, it would not have been at the forefront of these aforementioned innovations which have historically improved people’s lives. Just because the majority of people do not yet see the need or have a use for Bitcoin does not justify trying to destroy it. Americans have the luxury of storing their wealth in a relatively stable national currency that serves as the global reserve currency. The same cannot be said for citizens experiencing hyperinflation, or corrupt/tyrannical governments that use money as a surveillance tool. For them, Bitcoin is not a luxury; it is a lifeline.

Americans have always been wary of large centralized power and despised inorganic monopolies, yet we are beneficiaries of the most powerful monopoly ever created: the U.S. dollar. It is naive to think that the dollar will remain the global reserve currency forever, especially given recent expansionary monetary policy. When the dollar starts to show weakness, central banks and other institutions around the world will begin allocating to other currencies. China, arguably the United States’ strongest enemy at the moment, will capitalize on this opportunity by pushing the Yuan. If the dollar loses some of its global reserve status, which would you rather see gain power: a sovereign currency from a competing nation or a decentralized one that upholds freedom?

Bitcoin embodies the very ideals that our country has fought to protect in the past. Freedom was the reason for the founding of this country and it is what many Americans have lost their lives protecting. Therefore, attempting to outlaw a mechanism that protects an individual’s freedom makes little sense when freedom is supposed to be what our country stands for.

Given bitcoin’s tenet of decentralization and use as a tool for liberty, it is not outlandish to speculate that many of our founding fathers would have likely been bitcoiners. When the founding fathers created the U.S. Constitution and our government, they did so with decentralization in mind. That is why we have a system of checks and balances with power separated among the federal, state, and local levels. Of all the founding fathers, Thomas Jefferson is the one who would most likely be a Bitcoin maximalist if he were around today. Jefferson despised the notion of a national bank, stating that it was unconstitutional and feared that it gave unfair power to the few who controlled it.

Now let’s assume the bitcoin standard that many bitcoiners expect does not become a reality. At worst, bitcoin’s mere existence serves as a check to the extent that the Federal Reserve can implement inflationary monetary policies. With citizens having a formidable alternative in the form of bitcoin, the Fed is forced to keep a tighter hold over the monetary supply or run the risk of citizens fleeing dollars in favor of bitcoin. It is imperative that the American people are given the option of “opting out” of the fiat system by holding bitcoin, and that bitcoin does not suffer the same regulatory fate as gold did when it was outlawed in the U.S. from 1933-1974. Bitcoin’s seizureship-resistant properties make such attempts to outlaw/regulate rather futile, so the only outcome from restricting it will be the U.S. government forever marking itself an adversary to Bitcoin and its ideals.

America is not defined by some lines drawn on a map, the federal government, or even the Constitution, but instead by the people that carry on the American tradition. To ensure that the American tradition can be carried on, Bitcoin must be met with open minds and arms so that statists are unable to make decisions out of line with the best interests of the American people. By separating money and state, Bitcoin is an insurance policy against any future U.S. government that may lose sight of America’s founding ideals by ensuring that power remains in the hands of the people.

The fact that China — a country notoriously anti-liberty with severe human rights violations — has issued Bitcoin bans no less than three times should tell the United States all it needs to know about the right course of action. If America is truly freedom’s frontier then it should not succumb to the same playbook used by authoritarian regimes. The decision for America to embrace Bitcoin should be a rather easy one; you must look no further than which specific countries have deemed Bitcoin’s freedom-enabling technology a dangerous and potentially existential threat.

This is a guest post by Jack Kriesel. Opinions expressed are entirely their own and do not necessarily reflect those of BTC, Inc. or Bitcoin Magazine.