ہوم Prices The Psychology of Buying Into Crypto — DailyCoin 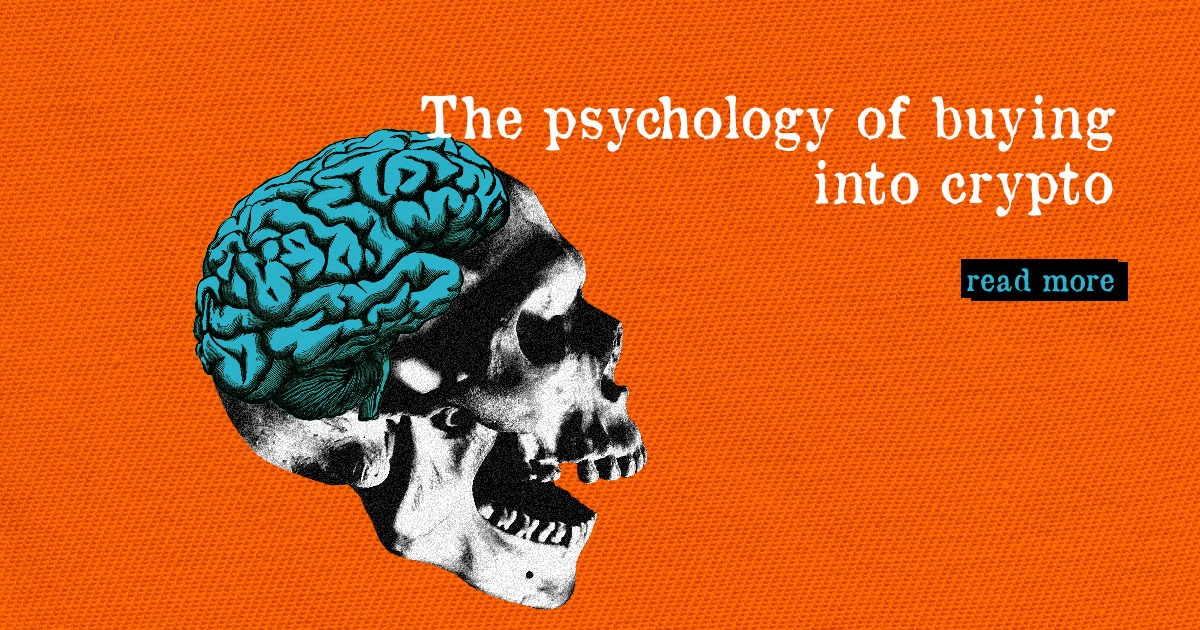 Whatever holds value is worth looking into. Robert Arnott said, “In investing, what is comfortable is rarely profitable,” and investing in crypto is mildly comfortable, but nobody in the crypto space gets rich that easily. However, that’s one of the main prerogatives of the industry; crypto is easy, and rapidly accessible, but not everyone has the knowledge and comprehension necessary to fully understand it. So if this is the case, why do they buy into it?

Crypto is its own form of culture. Belonging to the crypto trading/investing subculture encourages social reinforcement as all investors seek a similar financial goal. In “The psychology of cryptocurrency trading,” buying crypto is nothing short of fascinating for both inexperienced and retail traders who seek affirmation on platforms such as Reddit.

Dan Lamier, former CTO at EOS, called people from developed countries that invest in Bitcoin,  and who also use it as anything other than a store of value and a speculative vehicle, “people with a cause,” and categorizes them as early adopters who ultimately want crypto to succeed. Interestingly, the cult-like appeal of cryptocurrencies is what drives most of the retail mania. Still, Hee Jin Kim, a researcher at Chung-Ang University Hospital in South Korea, found that personality traits and psychological states ultimately affect crypto buying decisions.

On top of that, while psychological states affect our buying prerequisites, Peter Ayton, at the University of London, highlighted that people often follow what is called ‘herd mentality,’ arguing that “people are more willing to get involved,” because crypto has become more popularized. Although one’s state of mind affects purchase behaviors, external triggers, including influencers and exposure to certain pieces of news and environments, such as ‘crypto Twitter,’ heighten crypto affinity.

Thus, we become accustomed to crypto, to a certain extent, because more participants reinforce the same narrative, which somewhat legitimizes its existence. Ekua Hagen wrote that rookies that enter the space out of FOMO seek financial retribution of up to 3x in Bitcoin. She also points out that there is a difference in purchase reasoning depending on age, with one research indicating that only 16% of users fully understand cryptocurrencies. It can thus be understood that the underlying motivations are driven mostly by profits, aside from usability.

Benedetto De Martino, a researcher at Royal Holloway, University of London, highlighted how our mind receptors, which help assess danger and risk, can work against us. His research was mainly oriented towards the bubble market, to which, to a certain extent, the 2017 crypto market can be compared.

De Martino’s study mirrors what the media consensus already purports; crypto holds value as long as other people are willing to pay more. Bitcoin is specifically a store of value, and people purchase it to then sell it for a profit at a future date, depending on the market’s fluctuations. To that end, the psychology of buying into crypto is simply the “greater fools theory.”

Kevin Callen argues that most of the cryptocurrencies and start-ups that use crypto are partly “loyalty programs using cryptocurrency,” as they promise a great deal of effects to combat centralized systems and relate to decentralized maximalists.

Cryptocurrencies have a stigma of being overinflated and not showing any intrinsic value outside of their niche. However, people that invest in cryptocurrencies and understand the underlying technology are not investing due to hype. What’s important is that each investment is made with appropriate and extensive due diligence.