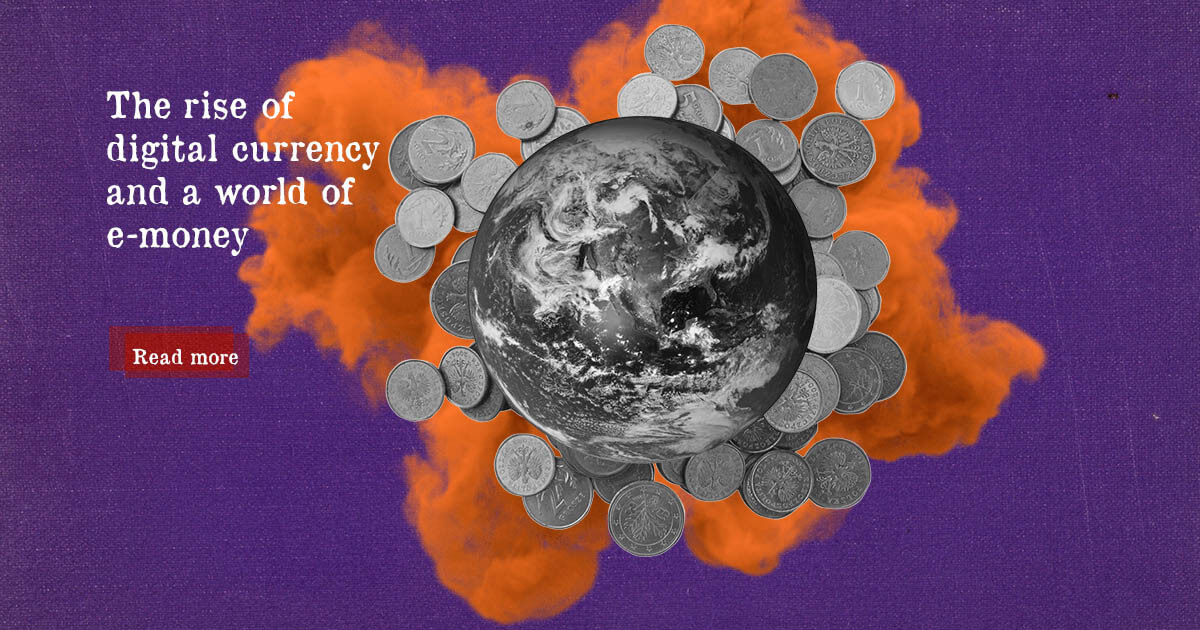 In a digital world of echo chambers and binary thinking, digital currencies and e-money are more diverse topics that polarize public opinion. Despite calls to ban crypto and over 400 bitcoin obituaries being written since 2012, the rise of digital assets continues to gain momentum while the interest rates offered by legacy financial institutions continue to decline at an alarming rate.

With 1.7 billion citizens of the world without access to a bank account and almost 1 billion women not having access to any financial services, maybe it’s time for a different approach. COVID has already been accused of killing cash, with many consumers replacing notes and coins with frictionless payments as contactless convenience becomes the norm.

When professionals working overseas attempt to send cash home to their families in Africa, they quickly encounter up to 15% transaction fees. Moreover, as users explore new digital solutions, the World Bank predicts the decline of traditional remittances. A great example is the UK-based crypto company Luno that recently reported that 4.7 million of its 7 million customers are located in Africa. But, compared to 2020, the adoption in Africa has doubled, from 2.3 million users proving that momentum is building quickly.

For example, if a worker in the US could have their salary paid into a digital wallet that enabled them to immediately send money to relatives in the Philippines for only 2%, it would make a huge difference. The World Bank estimates that collectively stories like this could generate a $16 billion boost to remittances sent to low-income countries.

An e-currency race is gathering around the world with China’s digital yuan testing underway and the US is beginning to explore what a digital dollar might look like. The European Central Bank (ECB) has also launched a pilot project to create a digital Euro as electronic payments and cryptocurrencies continue to rise in popularity. However, the introduction of digital national currencies are a few years away, and we can expect them to complement cash rather than replace it. To begin with, at least.

Banks have been the gatekeepers of financial services for as long as we can all remember, and avoiding their services is almost impossible in developed economies. However, many believe that blockchain and cryptocurrencies could eliminate intermediaries such as bankers and provide a fairer system for all.

The one-sided relationship is increasingly coming under fire, with interest rates dropping as low as 0.5%. Faced with losing money from their savings, tech-savvy savers are exploring alternative investments, and DeFi staking is rising in popularity.

Like traditional staking, investors hold a certain number of tokens to generate passive income, making it more accessible for users who are new to digital currencies. There are currently billions of dollars in staked assets across a growing number of DeFi platforms. But, with the absence of widespread adoption of DeFi projects, it will still be too risky for traditional investors who will also have concerns about securing their accounts from hackers.

However, those who do their research find that DeFi staking offers much better returns and a stream of passive income. A new movement of investors and developers who are passionate about moving DeFi and crypto forward will never return to a 0.5% traditional savings account. If or when mainstream audiences join this new way of thinking is still up for debate. But we can expect to see DeFi eating into traditional finance, one bite at a time.

As children prepare to return to school after their summer break, many will be asked the infamous question, “what did you do during the school holidays?” 12-year-old Benyamin Ahmed from London has already secured the best answer after making around £290,000 from creating a series of pixelated artworks called Weird Whales and selling non-fungible tokens (NFTs).

The concept of buying something which isn’t there has divided the online community, with many dismissing them as a digital take on “The Emperor’s New Clothes” folktale. But when Visa entered the world of NFT by purchasing a CryptoPunk non-fungible token for nearly 50 ETH ($160,000), many were left asking, is the future non-fungible?

Initially, we can expect emerging markets and lower-income countries to drive these much-needed changes after being locked out of traditional finance. Replacing a fragmented financial landscape with something more integrated that tears down the digital divide can only be a great thing.

The Achilles heel of digital currency and e-money is its wild west image problem and the need for greater regulation. There are also concerns around whether a world of digital euros and dollars will provide users with the same kind of anonymity as cash. We can expect many debates on the road ahead about the differences between privacy and anonymity. But make no mistake, it will be digital currencies, NFTs, and DeFi that will continue to dominate conversations across a continuously evolving financial landscape.

This article was written by Neil C. Hughes