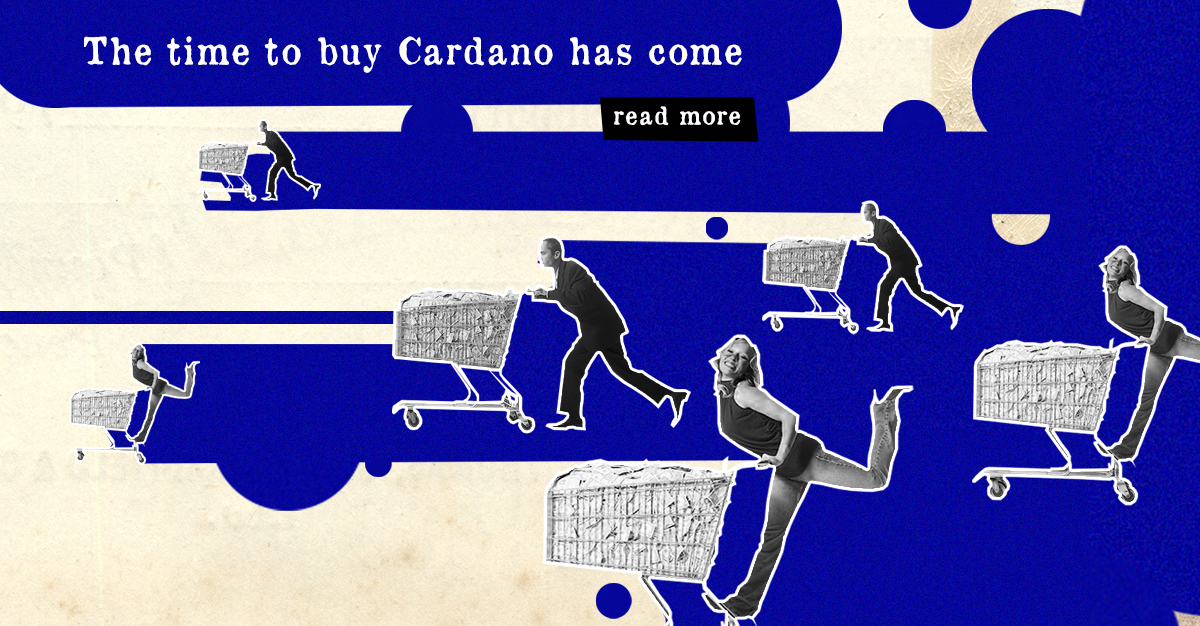 Competition in the smart contract platform space is heating up. The multitude of networks chipping away at Ethereum’s market share is intensifying with the Top 10 coins by market capitalization constantly shuffling based on mass adoption rates. Cardano, the highly regarded network whose market capitalization surged during its awaited network update, is well-positioned for a new rally.

A Lot More Where That Comes From.

Following the Alonzo upgrade, which added smart contract functionalities to the Cardano ecosystem, the price of ADA took a tumble. The event triggered a “sell the news” scenario as Cardano entered its smart contract era.

Despite this, there is reason to celebrate and be optimistic for the foreseeable future. Cardano’s 2021 Summit brought about new features that aid in developing the network’s future use, such as developing a native Cardano stablecoin, called Djed, and using ChianLink to supplement price feeds and help grow DeFi on Cardano.

Cardano announced a new milestone in a recent tweet, indicating that the total number of ADA wallets has reached 2 million. The context of the news is more exciting given that Cardano had a total of 1 million ADA wallets in May 2021, which suggests the network update was indeed beneficial for the network overall.

Analysts have argued that Cardano’s price was fueled by a euphoric sensation of achievement, which might not warrant its previous all-time high. However, Cardano’s upcoming updates are cause for recognition as they could further incentivize the use of the Cardano network, to the detriment of others.

To date, the eUTxO concurrency has yet to be resolved, which has impaired the full functionality of the network. In an AMA session, Charles Hoskinson stated that more resources are being redirected towards Hydra, the layer 2 scalability protocol, which could solve all existing issues. Moreover, he emphasized that Hydra has “high commercial priority,” because it can adapt all the transaction loads coming from the abundance of dApps that are expected to develop on Cardano.

Thus, Hydra seems to be Cardano’s saving grace, because it could catalyze a bigger move than expected, given the number of nodes Hydra can operate. One author argues that, through Hydra, Cardano  could ultimately reach up to 1 million TPS if all underlying processes align with the imposed theory.

Although the value of ADA token has decreased by roughly 30% since its all-time high, Cardano’s expectations and delivery timelines position the network to be a smart contract contender with a much higher TPS output than its competitors.

Cardano has a slow development process because it uses academically reviewed papers to ensure seamless protocol implementation. With additional functions to support the network and develop the ecosystem, demand for ADA could increase exponentially.