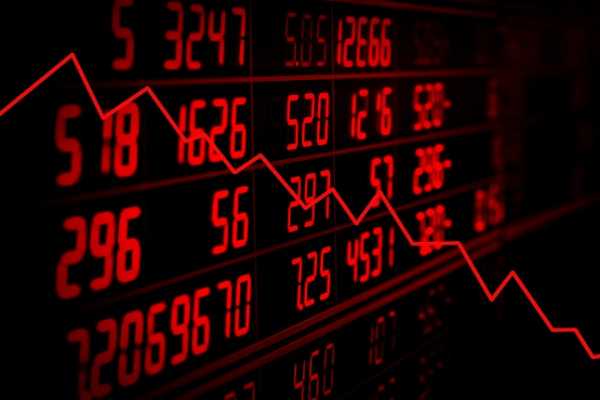 Stocks took a dive today, with all three major indices finishing the session in the red. The Dow Jones Industrial Average shed more than 100 points, weighed down by Boeing, which is experiencing production issues for its 787 Dreamliner yet again.

The S&P 500 and Nasdaq both retreated as well. The selling pressure comes on the heels of two consecutive record sessions for the S&P 500. It was in response to inflation rearing its head once again in the economy as prices for items such as groceries, used vehicles and fuel climbed higher.

Inflation increased in June at a pace that has not been seen in more than a decade. The consumer price index (CPI) rose by 5.4% last month year-over-year, the biggest jump that the inflation gauge has experienced since about the time of the housing crisis. Economists were expecting a gain more along the lines of 5%.

Norwegian Cruise Line Holdings flipped green in extended-hours trading after losing ground in the regular session. The company filed a lawsuit against Florida’s surgeon general in an attempt to reverse a ban on companies that stops them from checking the vaccination status of customers. Without knowing whether or not passengers have been inoculated, the cruise line would have no choice but to cancel trips.

Rising inflation spooked investors, who chose to focus on rising prices rather than corporate America’s latest earnings round. JPMorgan and Goldman Sachs shares both fell despite reporting earnings that surpassed Wall Streets estimates.

Meanwhile, investors rewarded PepsiCo for beating consensus estimates in Q2, sending the stock more than 2% higher on the day. PepsiCo’s strong results were a signal that the economy is once again open for business.

Telecom play Nokia skyrocketed nearly 10% today and the rally is continuing in after-hours trading as well. The company plans to upwardly revise its outlook amid robust demand coupled with its ability to keep a lid on costs.

China’s ride-hailing company, DiDi Global, took back some ground after a disastrous IPO. After soaring 11% in the regular session, shares gave back some of those gains and tumbled 2.5% in after-hours trading.

Meme stocks succumbed to the selling pressure, with movie chain AMC Entertainment and Virgin Galactic each spiraling by more than 7% on the day.

The second-quarter earnings parade will continue on Wednesday, with financial stocks, including Bank of America, PNC Financial and BlackRock, in the pipeline.

The next piece of economic data comes out on Friday when Retail Sales for June will be revealed. In May, this index fell by 1.3%. Wells Fargo predicts retail sales, excluding autos, inched higher by 0.5% in June.