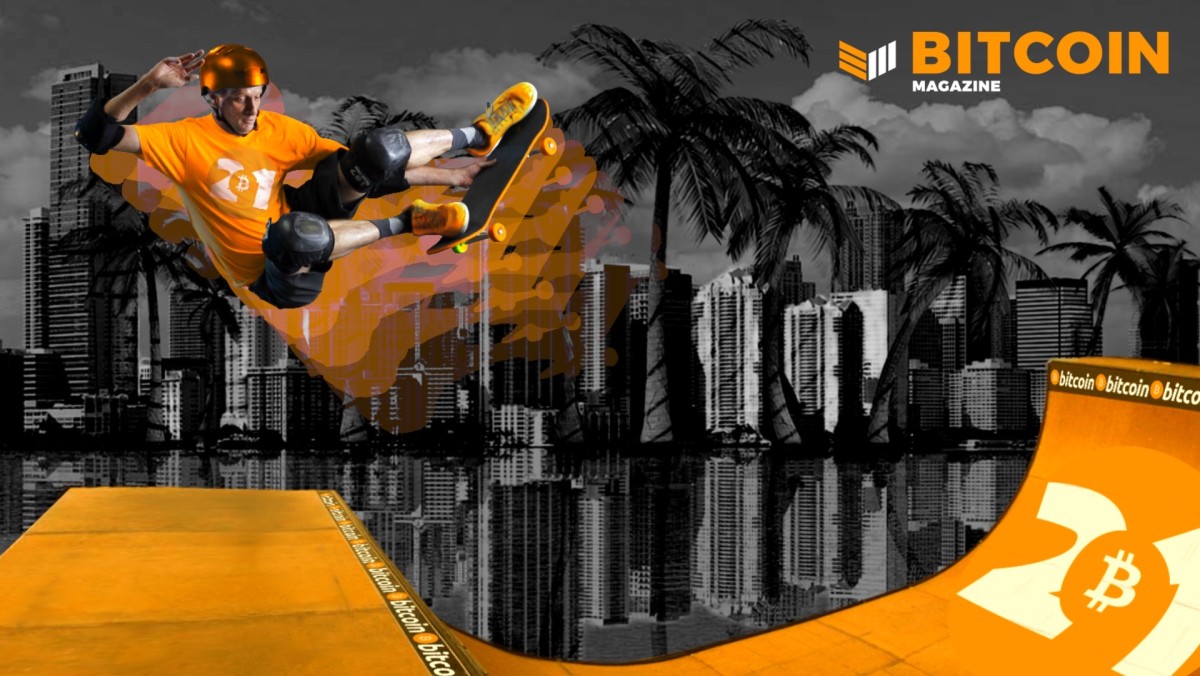 During the Bitcoin 2021 conference in Miami today, professional skateboarding icon Tony Hawk took the stage to discuss the parallels between Bitcoin and skateboarding as countercultural movements.

“If you’re doing something you truly love, you’re not truly working,” Hawk said, describing his decision to dedicate his professional life to skateboarding. “If you’re working in some sort of Bitcoin facet or world, and you’re enjoying what you’re doing, I think you should stick with it.”

In 2019, Hawk publicly announced himself as a bitcoin investor when he tweeted that he had “been riding [the bitcoin price] for six years” and that he hadn’t “bailed yet.” Last month, he told The New York Times that he had been investing in bitcoin for almost 10 years. His skateboard park-building nonprofit, the Tony Hawk Foundation, started accepting bitcoin donations in 2019.

During his talk, Hawk described the beginning of his own career, at a time when skateboarding was not the cultural or business force that it is now, and compared that to the journey Bitcoin is currently on.

“I was still living the dream, I was skating for a living… it was a meager living but it was for a passion,” Hawk said. “It was just a passion and I feel like that’s where [Bitcoiners] are at.”

Bitcoin 2021 partnered with the Tony Hawk Foundation to offer a “Tony Hawk Meet And Greet” pass for sale, which included a Bitcoin-themed skateboard deck signed by Hawk and the opportunity to meet him in person. The decks were also minted as non-fungible tokens (NFTs) on the Raretoshi marketplace, built on Blockstream’s Liquid Bitcoin sidechain.