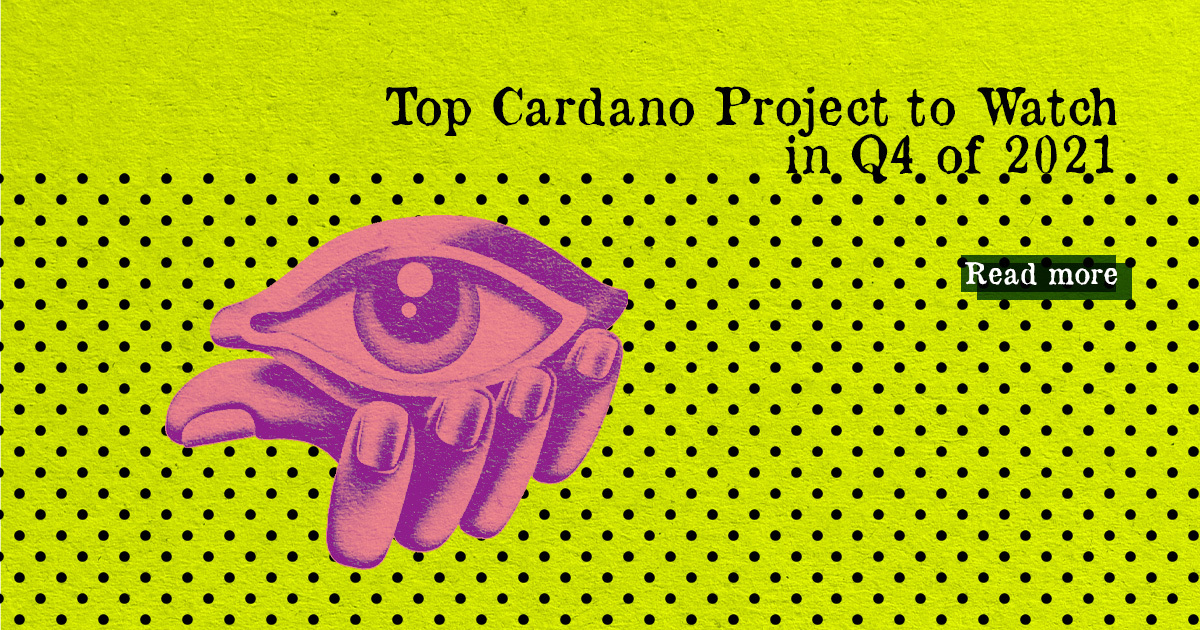 Third generation blockchains were developed to rival Bitcoin and Ethereum. Cardano is the top-rated third-generation blockchain and has been dubbed an ETH killer. From its Byron development stage, Cardano has caught the eye of developers because of its robust roadmap and functional utilities.

The Ethereum blockchain, which has led the DeFi wave due to being the first to incorporate smart contracts, has over 3,500 DeFi solutions. However, due to scalability issues with the chain, developers are now switching to other chains, and with the launch of Alonzo, Cardano has set the stage to finally challenge Ethereum.

Smart contract functionality has been huge for Cardano, which was a people’s favourite. With speed, decentralization, global reach, and top-notch security, Cardano is set to rival Ethereum and become the hub of DeFi as ETH 2 faces delays.

The Alonzo era has already gotten underway, with about 100 dApps now deployed on Cardano, with many more pending. Q4 will see many amazing projects launched on Cardano, from decentralized exchanges and NFT solutions, to gaming and more.

The NFT boom took the world by storm last year and has come even further this year. CNFT will become Cardano’s NFT hub to rival other chains. Already being compared to OpenSea, CNFT, which launched in July 2021, will unite the Cardano ecosystem. The platform launched even before the Cardano upgrades, with assets being traded without smart contracts.

CNFT has over 170,000 assets on the platform, recording over $1,000,000 in sales. The CNFT platform is a growing decentralized ecosystem giving lots of power to users. Users can mint and trade NFTs while also investing in the platform.

A platform’s decentralization exchange can reshape and gather traction around its chain. SundaeSwap is a decentralized exchange on the Cardano blockchain, and is now amongst the most sought-after projects on the platform.

Already being compared to Uniswap and Pancakeswap, the first and second-largest DEX’s based on Ethereum and BSC respectively, Sundaeswap is expected to become a force to be reckoned with among DEX’s.

The platform allows peer-to-peer transactions for crypto assets with a user-friendly system. Users can trade, stake, lend and borrow their assets on the platform.

Ardana is an on-chain-backed stable coin on Cardano. The utilities of Ardana involve minting, transfers, staking, lending, etc. In addition, Dana users can store cryptocurrencies in a wallet compatible with Ardana and harness the possibilities of DanaSwap, a decentralized exchange for stablecoin pools.

A user can easily take a DUSD loan by putting up collateral in ADA. As with other DeFi loan protocols, the collateral is more than the loan, making it impossible to fall below the benchmark. The Dana token is the native token of the platform and can be staked by users to earn ADA.

OccamFi is a unique protocol because it embraces a cross-section of DeFi solutions. It enhances the lending, borrowing, and funding of new DeFi projects on the Cardano blockchain. Occam Razor is the launchpad of the platform, which will bring decentralized financing to the dApps on Cardano.

OccamFi provides many ways in which projects can kick off, with the community at the centre of these developments. This means that projects launching via Occam Razor have an advantage in the market because they already have a community rallying around them. OccamFi plans to launch a DEX in the future, adding even more value to the ecosystem.

The Future of Cardano

Cardano is a third-generation blockchain that is finally living up to its ETH killer moniker thanks to its Alonzo upgrade. Currently, ADA sits as the third-largest cryptocurrency by market capitalization, hitting the $3 mark after the launch of Alonzo.

The launch of smart contracts, and the rollout of dApps, will lead to a massive price boost for ADA, with bulls even setting their sights on $5 as ADA receives more adoption. It is quite possible that, next year, Cardano will become a DeFi hub with leading protocols in NFTs, stablecoins, and DEX’s, among others.

The utilities of the new dApps on the Cardano network are innovative, encouraging community participation. Should these dApps gain enough traction, the value of the blockchain will soar and the Cardano blockchain is already scalable, so it can handle the increasing transactions.