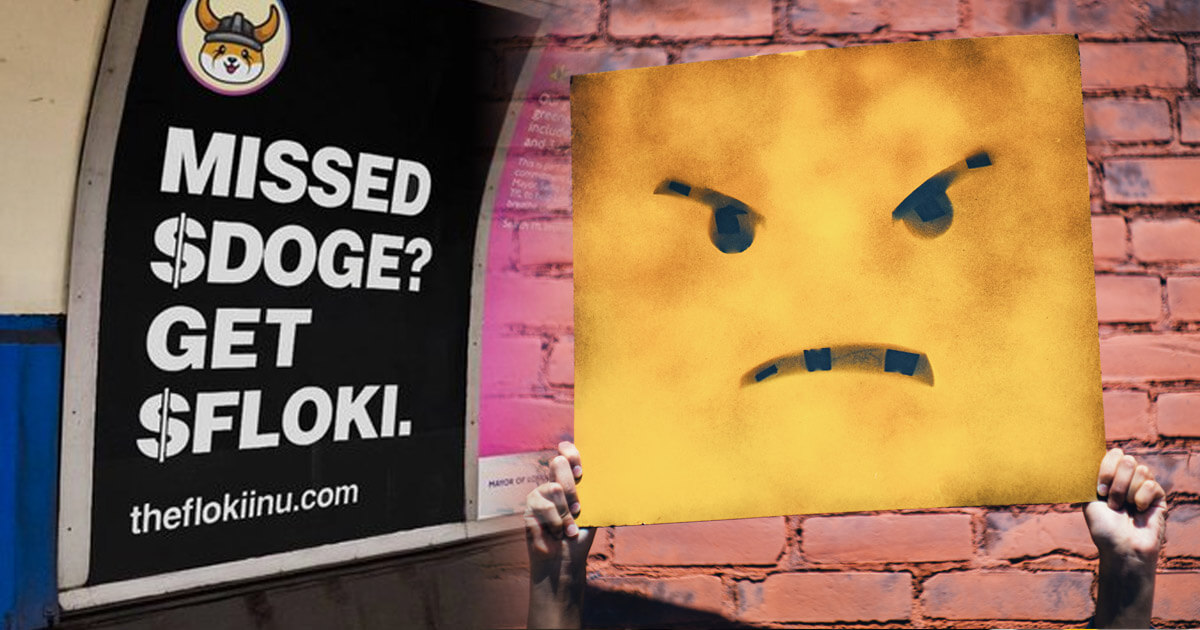 The Advertising Standards Authority, U.K.’s advertising watchdog, has launched an investigation into a London bus and underground ad campaign for Floki Inu (FLOKI).

The investigation is part of ASA’s larger crackdown on crypto-related ads, which it finds “misleading and irresponsible.”

Named after Elon Musk’s dog, FLOKI is the latest memecoin craze that has swept the crypto market. Looking to replicate the huge success the original memecoin DOGE had, the developers behind FLOKI launched an ad campaign on London’s bus and underground system, calling for people to buy the token.

According to The Guardian, the campaign ran for three weeks in October and caused numerous complaints from the public. On Wednesday, an ASA spokesperson confirmed that they were investigating both Floki Inu and the Transport for London (TfL), the government body that oversees public transportation in the city.

The investigation is part of ASA’s larger crackdown on cryptocurrency-related ads, which is supported by the Liberal Democrat and Green party. Last week, members of the two parties called on TfL to stop taking advertisements from cryptocurrency companies until the country’s financial watchdog sets out new guidance on marketing.

And while TfL said that it won’t instate such a ban, they noted that cryptocurrency-related ads are “more heavily scrutinized” than those for other sectors. Aside from a stricter vetting process, the ads all include disclaimers that state cryptocurrencies aren’t regulated in the U.K.

The anonymous developers behind Floki, on the other hand, claim that their ads complied with “all laws and regulations” in the country.