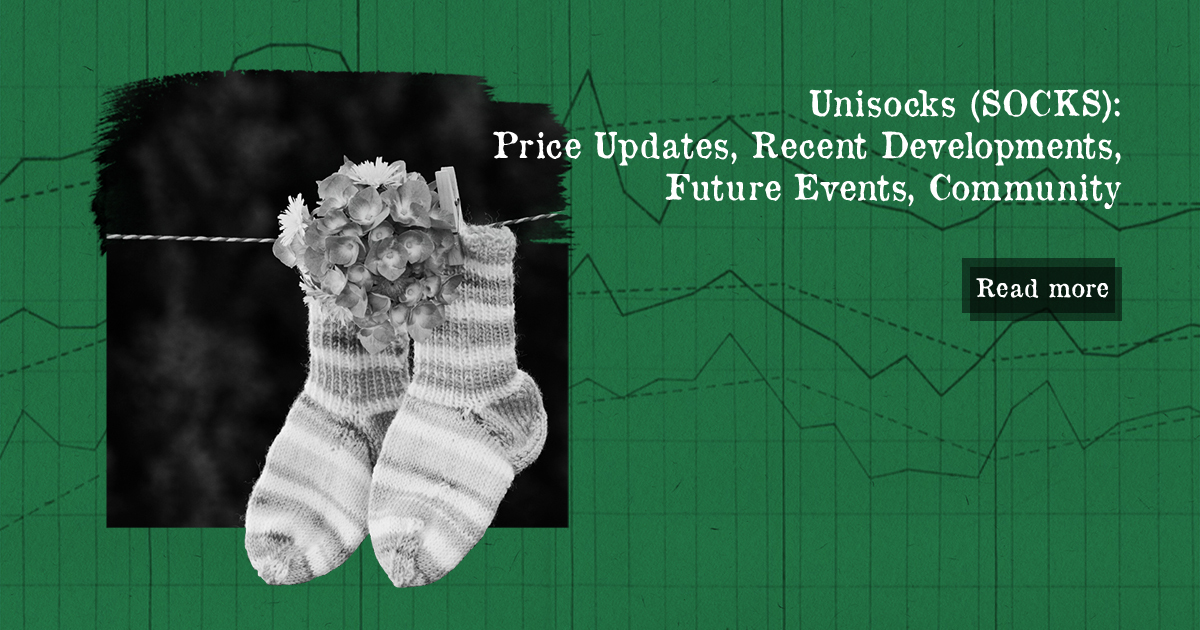 Unisocks is an “experimental” non-fungible token (NFT) project that is part of the Uniswap ecosystem. In May 2019, Uniswap created 500 SOCKS tokens that were backed by real-world limited-edition pairs of socks.

The SOCKS token is redeemable for a pair of Unisocks, and there are now only 314 in circulation. These NFT socks are dynamically priced, and users can purchase them from anywhere in the world.

In May 2019, Uniswap released an NFT collection of 500 Unisocks. SOCKS are the NFT representations of the Unisocks and are redeemable for a pair of real physical Unisocks. Holders of the NFT socks can sell them anytime they want using the Unisocks platform.

Of the initial 500 launched, there are now only 302 SOCKS in circulation. At first listing, SOCKS were priced at $12 but have reached absurd pricing.

SOCKS follows a bonding curve that is facilitated by a smart contract. The model used by Unisocks allowed the initial minting and purchase of the token based on a price that was fixed in the smart contract.

The supply of the SOCKS tokens dictates how the token will be valued later on. This means that every time a SOCKS is sold, its value increases.

SOCKS peaked at its all-time high of $198,869.23 in August when the demand for the NFT hit its highest point.

Unisocks (SOCKS) has recorded one of the most significant increases in 2021. Holders of the $SOCKS who bought at $12 have gotten an ROI exceeding 3,300%.

The launch to date price chart of Unisocks. Source: Coinmarketcap

Although it is not as popular as many crypto projects, the Unisocks community is very enthusiastic as the tokens are backed by a bonding curve. The greater the sales of SOCKS, the higher the value of the tokens.

The psyops is working, I suddenly have a desire to buy a Unisock and redeem it. For.. reasons….

When $SOCKS sold at $78k on September 20, a Twitter user, @shimmeringligh7, wrote;

All the buy support is at a damn unisocks party in brooklyn and thus, we're nuking.

One user, @daedalusanalyze, who missed out on the early opportunity at owning a Unisock, wrote;

got into the socks now.. just couldn't sleep on them anymore after painstakingly watching unisocks the last months https://t.co/bWZqrqY0wj

@daedalusanalyze  is not the only one with regrets, @Spaced_Ape wrote;

I had a chance to buy UNISOCKS but didn't cause they weren't migrating to UNIV2 and I was like aw I guess it's over lol Just saw an Index Fund with UNISOCKS in it. https://t.co/uFzXpX8BdO

Unisocks is one of few NFTs that combines digital art with physical items for a unique use case. Since it launched in May 2019, there have been numerous other similar projects. Unisocks may just have opened up the NFTs to a new type of utilities.