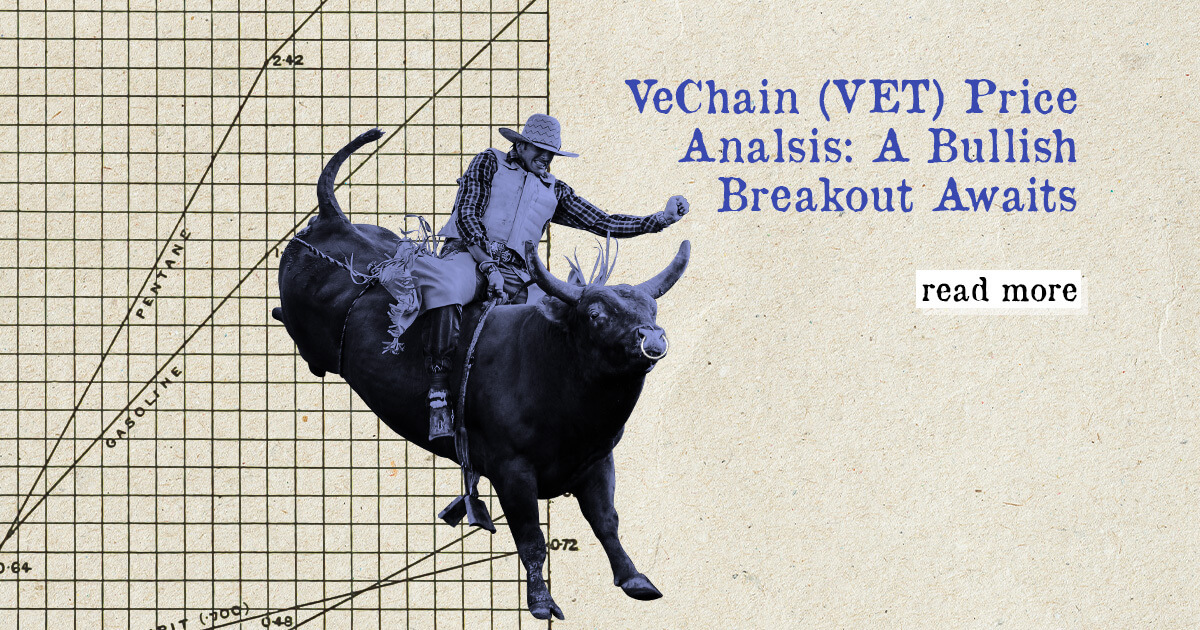 Recently, much has been said about VeChain, a project that employs distributed ledger technology (DLT) and the Internet of Things (IoT) to solve some of the major problems with supply chain management. Reacting to the increased attention, VET has experienced significant growth.

On October 26, VeChain (VET) hit a new 30-day high of $0.1477, but new data suggests that the altcoin could be ready to retest those highs. Is VeChain ready for a bullish breakout?

VeChain (VET) has been one of the strong performers in the market. Over the last 48 hours, VET has gained more than 8%, pushing its price up to $0.1429 before briefly retracing.

Over the last 24 hours, VET has gained 3.15%, and the altcoin was trading at $0.1410 at the time of this writing. VeChain now holds a market cap of $9.064 billion, which makes it the 23rd largest crypto. Its current price point is crucial for the bullish outbreak.

The current price of VeChain (VET) sets it up for a significant rally. As long as VET remains priced above the key levels of support at $0.133, the bulls are still on the radar. The target for VET will be a 22% rally toward $0.164.

Its current price point means VeChain is trading under a bullish channel pattern, with a higher highs and lows sequence. The daily chart projects a bullish trend at the 4-hour timeframe.

Also supporting the bullish presence for VET is the breaking of the multi-month descending trend line on October 21. The current price of VET puts it above the middle boundary of the governing technical pattern at $0.140.

The Arms Index (TRIN), which gauges overall market sentiment, indicates a reading in favor of the bulls. TRIN for VeChain currently suggests that the market has more buyers than sellers.

The most important additional resistance for VET now sits at the resistance line given by the Momentum Reversal Indicator (MRI) at $0.147. If VET can break above $0.147, which corresponds with its October 26 high, the altcoin will be on course to hit a new 90-day high of $0.164.

Currently, the coin is moving higher with a good recovery from lower levels, and volume over the chart is average.

VeChain Could Receive a Price Boost

While VeChain is already on course to rally toward $0.164, the altcoin could receive a crucial boost. The VeChain Foundation, recently completing the VeChainThor v1.6.0 network upgrade, is preparing for the activation of POA2.0 Phase 1.

POA2.0 has received a lot of hype for being the first protocol of its kind in the world. POA2.0 combines Byzantine Fault Tolerance and Nakamoto consensus mechanisms to eliminate their weaknesses but benefit from their strengths.

In the past, network upgrades have been shown to cause a significant upward price movement, at least in the short term. The Testnet of POA2.0 will launch on November 5, while the mainnet is scheduled to go live on November 16 on block #10653500.

If POA2.0 delivers on its promises, there is a possibility that we could see VeChain rally above $0.147 in the coming days. For November, VeChain (VET) will look to target much higher resistance at $0.1570.

VeChain, unlike most other altcoins at/around their all-time high, sits approximately 50% from its ATH. Given the future prediction of the altcoin, VeChain (VET) presents a unique buying opportunity, which could be the lowest it will trade for.