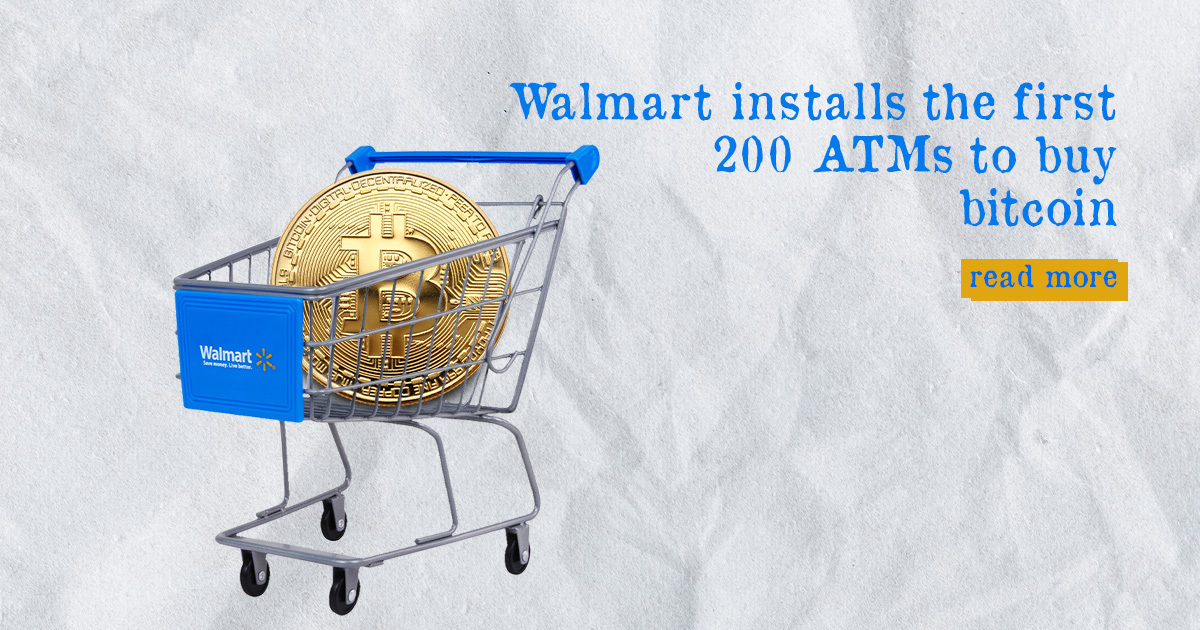 The popular US retail chain announced that starting this week, its customers will be able to purchase Bitcoins (BTC) at its stores. For now, the service provided by the Coinstar company will be available only at select Walmart branches in the United States.

For this Bitcoin project, the ATM operator partnered with the Coinme exchange, a platform that allows you to buy and store cryptocurrencies. After the alliance was announced, Coinstar reported that its customers will now be able to convert US dollars (USD) to Bitcoin.

The company has been known for allowing customers to exchange physical coins for gift cards since 1992.

Coinstar gift cards function as wallets from which you can make cash withdrawals or purchases. For this service, the company processes annual payments of about $43 billion.

Of the 20,000 ATMs that Coinstar has installed around the world, 4,700 are located in Walmart stores. This Bitcoin pilot project will begin with 200 ATMs.

For BitOoda’s chief strategy officer and head of research, Sam Doctor, while Bitcoin ATMs are nothing new, even in supermarkets, the significance of the Coinstar and Coinme announcement is that “Walmart expands access to Bitcoin to more people and gives it more legitimacy among skeptics, should they implement it beyond an initial pilot.”

Following the launch of two Bitcoin exchange-traded funds (ETFs) this week and a new all-time high for Bitcoin, the cryptocurrency has received massive accolades on Wall Street and in Washington.