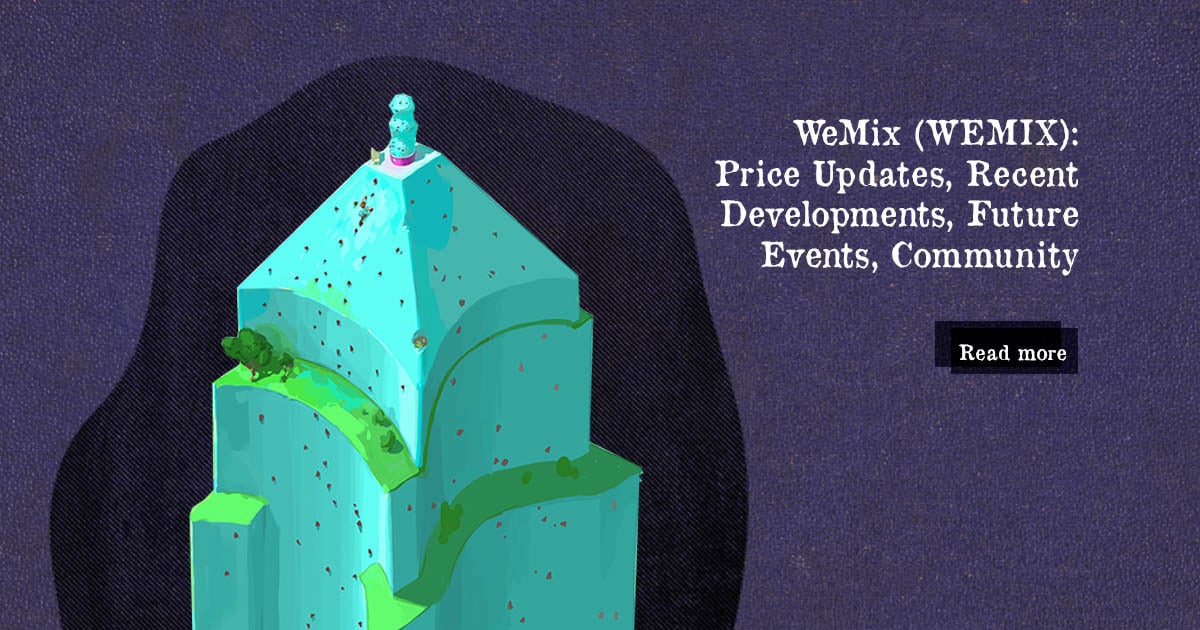 WeMix is a fast-growing blockchain-based global gaming platform developed by Wemade Tree Pte. Ltd. The WeMix Network stands out because it makes it incredibly easy for anyone to play blockchain games.

In just three easy steps, anyone can become registered and begin playing to earn on the network. As a result, the network is becoming very popular among online gamers looking to earn while they play. So, how has WeMix fared in recent times?

There has been a lot of development in the WeMix community over the last month. On August 26, WeMix announced the launch of the blockbuster MMORPG (multiplayer online role-playing game) MIR4. MMORPG MIR4 was launched with support for 12 languages and is available in 170 countries. The game features unique chronicles which players can complete to find hidden stories.

The game features the utility coin, DRACO economy, with which users can swap and trade with users on WEMIX DEX. In addition, future game updates will allow users to convert game characters into NFT to trade with users in NFT marketplaces.

Since its launch, MIR4 has been steadily gaining popularity in Asia, especially South Korea. As a result, MIR4 soon became the most downloaded game in Asia on various app stores, including Samsung Galaxy Store and Naver’s Onestore. MIR4 is already ranked as the 20th most played game with over 6.9 million hours played.

WeMix continues on its journey of making blockchain gaming and collectables easily accessible with its WEMIX NFT Auction Drop #11. The event, which just concluded, was launched on June 28th, along with token giveaways.

The first round opened with Shift Up’s story game ‘The Reason Why Raeliana Ended Up at the Duke’s Mansion’, NFTs, and ended with Kori’s Everyday Routine.  Some rounds awarded as many as 100 creators of thoroughly curated NFTs.

WeMix has announced that its native token, WEMIX, will be listed on MEXC Exchange on Thursday, September 9th. The deposit and withdrawal of the WEMIX token have been activated on the platform as users await the WEMIX/USDT trading pair.

Reacting to the announcement, a WeMix user, Barman Bijan, tweeted;

The listing of WeMix on MEXC Global Exchange comes just four days after the WEMIX token was listed on the global cryptocurrency exchange GATE.IO. The token opened for trade with two trading pairs, WEMIX/USDT and WEMIX/ETH.

WeMix has also announced that it will support KlaySwap to give gamers more convenience of the WEMIX Platform and game service. When integrated into the WeMix Wallet, users will be able to swap KLAY and WEMIX using Klaytn + WEMIX Pool from KlaySwap.com.

When the announcement was made a week ago, the wallet update was expected to be rolled out in the coming week. This means that WeMix users can be expecting an update for the WeMix wallet in the coming days.

The crypto market is currently experiencing a huge drop, which has seen as much as $240 billion wiped from the global crypto market cap.

WEMIX, the native token of the WeMix network, is just another token in the sea of red today. Over the last 24 hours, the price of WEMIX has dropped by 7.85%. The token now trades at $1.11.

However, over the last seven days, WEMIX is still up by more than 92%, mainly due to its strong performance in the same period. When ranked by market capitalization, WeMix, valued at $136.42 million, holds the 318th position.

In addition to being a fast-growing community, WeMix is one of the most active crypto projects on social media. Members of the WeMix network are constantly updated about happenings in the WeMix space.

The DailyCoin team found WeMixers to be strong believers in the project. They are also bullish about the future of WeMix. One Twitter user, Samiur Sany, wrote about WeMix.

Another user identified as DLINK91, tweeted;

what an amazing project greetings to the moon#MexcGlobal #Wemix

WeMix is a promising project, hosting a game capable of breaking into the top 20 played games just two weeks into its launch. If the trend continues, WeMix will likely gain traction and more players in the future.