ہوم Prices What Are the Upgradable NFTs and How Can They Benefit Artists, Brands... 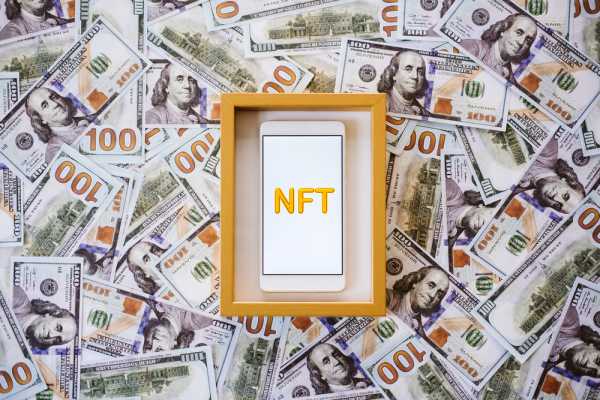 In fact, the first bunch of new “hot” NFTs is already here. Those are upgradable, time-limited, and non-hashed. They seem like perfect tools for artists, brands, and metaverse – a trending concept of a shared multidimensional digital environment, creation of which has been undertaken by Facebook, Fortnite, Sensorium, Roblox among several other players.

So what are these novel NFT types and what exactly can they do for a metaverse?

As the name suggests, upgradable NFTs evolve over time, allowing various players to transform the NFTs and their corresponding content, while refraining its ownership. Such a feature comes in very handy for a whole range of entertainment industries. For creators, this is a promising advancement allowing, for example, an artist or a musician to legitimately take on another creator’s artworks as the basis for their own.

This means that two (or even more) pieces of content can come together into one without the legal and creative headaches we so often see in the non-crypto world. Similarly, global fashion houses can now launch collaborations without the unnecessary bureaucracy or the involvement of third parties. After all, Valentino, Louis Vuitton, and Burberry were among the first companies to embrace crypto, issuing NFTs out of all-digital collections and increasingly experimenting with metaverses through VR and AR in the past year.

Non-hashed NFTs permit users to save text details right on the smart contract without the need to write a single line of code. As a concept associated with high technologies and futuristic environments, metaverse implies convenience and lack of bureaucracy. Non-hashed NFTs will significantly facilitate the  administrative procedures among all the metaverse’s participants from users and content creators to developers and investors.

Time-limited NFTs serve as a powerful gamification tool to boost users’ engagement. With this type of NFTs, companies could tokenize tickets for virtual events and enhance them with advanced access and expiry settings, permitting attendees to exchange them in the secondary market freely, or keep them as collectibles featuring certain rarity levels.

For example, Fortnite could have used them as an additional long-term tool to engage the attendees of its recent Ariana Grande’s virtual concert, some of whom complained the event ended too soon. Another promising application of time-limited NFT applies to  metaverses, where in-game assets could be tied to specific time frames.

Noteworthy, the above types of NFTs were in fact unveiled by metaverse developers from Sensorium, the company behind the Sensorium Galaxy metaverse built in collaboration with Jay-Z’s Roc Nation and chart topping artists like David Guetta and Armin Van Buren.

Upgradable, time-limited and non-hashed are all the features of Wakatta, Sensorium’s new blockchain geared specifically for the needs of the entertainment industry. As announced at Token 2049 in London, Sensorium Galaxy will integrate the Wakatta blockchain within a few months to allow users mint virtual beings as NFTs and monetize their creations through a transparent marketplace.

According to Alex Blagirev, Wakatta’s Project Lead, – the Substrate-based blockchain will offer low transaction fees of $0.001 and capacity to handle thousands of transactions per second.

Market on the rise

Although we are yet to see upgradable, time-limited and non-hashed NFTs in action, their future seems very promising as the market for non-fungible tokens has witnessed unprecedented success.  The versatility of NFTs and the fact that they can be integrated across a wide variety of industries has seen investors flocking to the technology. In the first quarter of 2021 alone, the NFT market saw a 2,100 surge when compared to the last quarter of 2020, with sales of these tokens reaching over $2 billion.

The numbers underscore the potential of NFTs – and blockchains are seizing the moment. Take Flow, developed by Dapper Labs following the company’s partnership with the NBA that has led to  NBA Top Shot, a widely popular marketplace for digital basketball collectibles. This has netted the company over $500 million in the first half of 2021. Recently, the company revealed that it would be extending its NFT services to the NFL and other major sports leagues, including Spain’s LaLiga.

Other companies following the same recipe include iconic brands like Marvel whose first foray into the world of NFTs included Spider-Man and Captain American digital collectibles.  Spiderman NFTs worth some $4 million were sold out within 24 hours of launching and other releases have been equally successful.

NFT-marketplaces have enjoyed a similar boom. According to a recent study by DappRadar, the top 30 NFT marketplaces combined have grossed a total of more than $11.53 billion. For instance, in June 2021 alone, OpenSea sold $160 million in digital assets, having a 45x increase in volume growth during the first half of 2021. MakersPlace generated more than $100 million in sales in the past year and witnessed Beeple’s artwork being sold for $69.3 million on its platform.

According to the recent study by CB Insights, there are currently over 90 companies involved in metaverse creation. As more brands will turn their attention to metaverse – whether building one or entering it to sell its products and services – the demand for NFTs and its numerous various will continue to grow. Overall, NFTs remain a fairly new technology, and more importantly, a niche opportunity for businesses, investors and users alike. That’s the momentum new players, like Wakatta, are hoping to ride out in this newly-minted market.