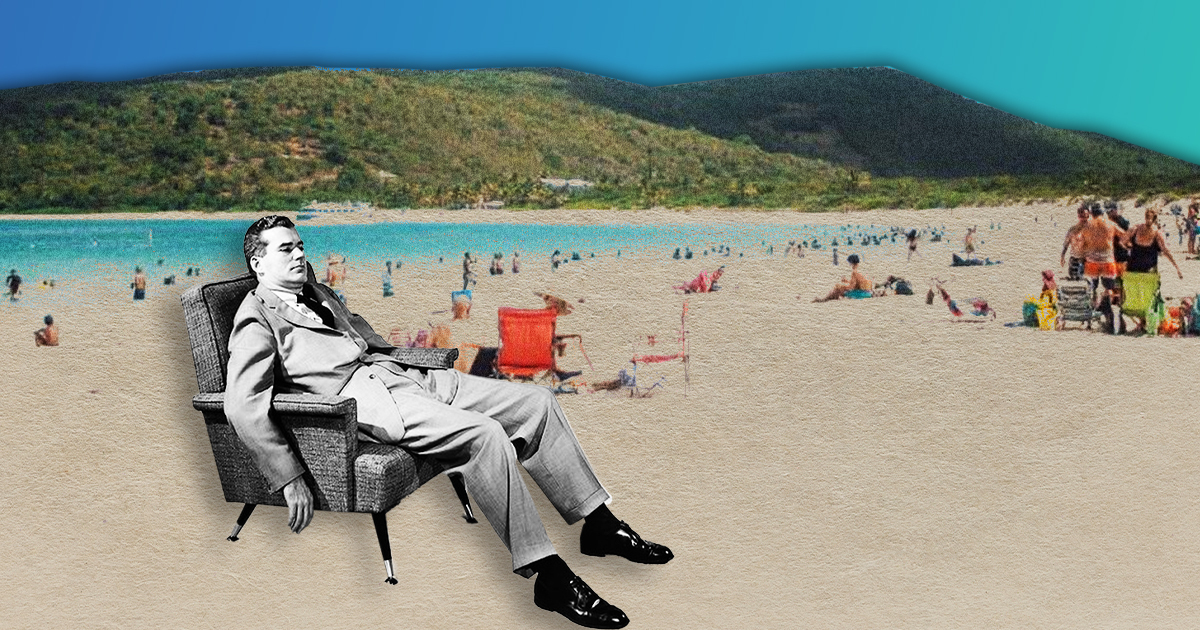 Like Texas and other states in the United States, the island of Puerto Rico has become an attractive place for crypto investors in the last year. The US protectorate not only has friendly laws for foreign investors, but also offers sunny days most of the year and attractive beaches where one can rest.

The fact that residents keep their US passports and won’t have to pay capital gains taxes is a big plus. This is because it has motivated many Americans to move to the Caribbean island and spend at least 6 months a year there.

Living on an island has its advantages over other places due to its climate and warm environment. That is why Puerto Rico has become a fashionable destination for a growing number of crypto investors who have the necessary infrastructure, internet connection and physical office space.

The arrival of Bitcoin enthusiasts has spurred other people in the industry, family or friends, to move there as well. That was the case of David Johnston, a 36-year-old American who lived in Austin and decided to move with his entire family to the island in March of last year.

The cryptocurrency entrepreneur and investor, who lives in a suburb of San Juan, said that the building where his company operates is filling up with other cryptocurrency businesses like his.

According to corporate and tax attorney Giovanni Méndez around half of all his current clients are crypto asset companies or cryptocurrency investors. The number of new foreign clients has increased exponentially in the last six years.

One of the biggest attractions of the island for cryptocurrency investors and miners is the so-called Law 60 or Law of Individual Investors. This legal instrument allows residents to save hundreds or perhaps thousands of dollars in taxes each year, if they qualify for exemptions.

Unlike the rest of the US where investors are required to pay up to 37% on short-term capital gains and around 20% on long-term gains (which applies to crypto assets held for more than a year), in Puerto Rico Law 60 reduces this percentage to zero for certain entrepreneurs and crypto investors.

Another incentive for businessmen who establish themselves on the island is that their companies do not pay the 21% federal corporate tax that is charged to businesses on the mainland. Nor the state taxes that are variable. In Puerto Rico, this tax is only 4% for services provided outside the island.

However, to obtain these tax benefits, companies must be fully established on the island, warns CPA Shehan Chandrasekera, a specialist in cryptocurrency businesses.

Some investors have chosen to transfer their profits to the island. They invest and after obtaining residency, they sell their stake and then buy it back as if it were a new asset.

In this way they prevent profits from the US from incurring accounting problems.