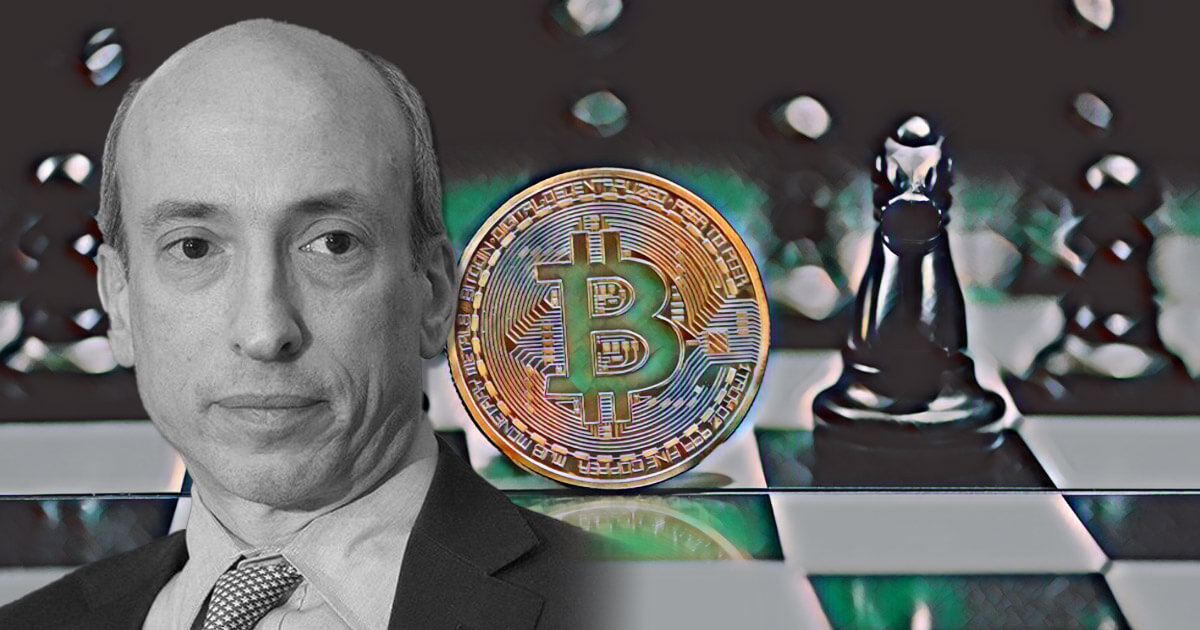 In between the doom and gloom, there are indicators pointing to this new regulatory reality as a potential setup for digital asset laws down the line.

On Sunday, September 26th, U.S. House of Representatives Speaker Nancy Pelosi stated with some degree of confidence that the $1 trillion infrastructure bill will finally pass this week, probably on September 30. As you may recall, when it was in the Senate, the bill was highly controversial for the digital asset space.

In a nutshell, Janet Yellen, the current Treasury Secretary and former Fed Chair, reportedly instructed a group of senators—Warner-Portman-Sinema—to include crypto regulation in the bill. It would maximize regulatory power over DeFi with a simple trick. The expanded, albeit ambiguous, definition of “broker” would include every cog in the blockchain space—wallet developers, miners, and decentralized exchanges.

In turn, the SEC would have the power to treat them as such, requiring their registration for oversight and tax purposes. Upon hearing the news, many developers had already announced that they were packing their bags. Although there was an attempt to introduce clearer language via the Wyden-Lummis-Toomey amendment, it failed to pass due to surprise intervention by Sen. Richard Shelby.

I supported @SenToomey cryptocurrency amdt. I know of its importance to innovation & job creation, but I believe it pales in comparison to the security of our nation–which is why I called for a vote on my defense infrastructure amdt. It’s unfortunate that Dems blocked both amdts.

Due to the enormity of the infrastructure bill and underwhelming crypto lobby, the most likely scenario is that the infrastructure bill will pass with the crypto amendment in its original form. While this would give the government maximum leeway to place pressure, there are different interpretations of what it could mean. Former Coinbase CTO thinks the amendment could eventually go straight after Bitcoin:

Make no mistake, this is a backdoor Bitcoin ban.

Compliance is impossible. Their intent is to criminalize full nodes, lightning nodes, and most Bitcoin wallets.

And they are not really in favor of proof-of-work; the very next bill will include some ESG thing to attack that too. https://t.co/rnBXNTRDPd

However, there is a more balanced approach to viewing the implications of the surprise crypto amendment.

Since the infrastructure bill has been introduced, Gary Gensler, Chairman of the SEC, stated on multiple occasions that the blockchain space—from DeFi protocols to Bitcoin—needs to embrace regulation. Most recently, on September 27 at the Code Conference in Beverly Hills, Gensler addressed the crux of the matter:

“There’s trading venues and lending venues where they coalesce around these, and they have not just dozens but hundreds and sometimes thousands of tokens on them,” Gensler continued.

“This is not going to end well if it stays outside the regulatory space.”

In other words, there needs to be a differentiation between categories of tokens – are they securities or commodities? Under the Securities Exchange Act of 1934, a legal construct called the Howey Test was devised to determine if an asset could be classified as a security. Key considerations included:

Based on these criteria, even stablecoins could pass the test as a security. When Sen. Pat Toomey challenged Gensler how stablecoins can pass the Howey Test if they don’t have an “inherent expectation of profit”, Gensler responded that “they may as well be securities”, even as second-order financial activity. To this vague response, Toomey urged for regulatory clarity before any enforcement takes place.

Interestingly, Gensler seemed to have agreed with Toomey but implied that his hands are tied by the broad securities law from 1933 and 1934, hailing from a period when computers didn’t even exist. Needless to say, it would be a huge deal if stablecoins were to be regulated as securities as they serve as the bridge from fiat to crypto.

As long as there is a tax obligation, people will have to convert from fiat to crypto and vice-versa, regardless if a person manages to achieve the crypto-nirvana of paying everything else with digital assets. Further, most online credit card payments are facilitated with a fee of under 3%—which is far cheaper than the standard gas fee for transacting ETH. Online payments have become a fundamental role in today’s economy, and stablecoins are well-positioned to play a big role here.

What is The Regulatory Setup Then?

If we examine the development of the internet—especially its early regulatory discussions—to that of digital assets, one cannot help but notice a number of similarities. During the first internet wave, Europe missed the tech investment boat. In a 2014 report, global consultancy firm A.T. Kearney had noted Europe’s decline in the tech sector, with only 9 out of 100 major tech companies headquartered in Europe. Instead, the US became a hotbed for tech firms in the early days of the internet, largely thanks to a light-touch regulatory approach.

Now, we are at the threshold of experiencing something similar with DeFi in America. Or, are we? By any interpretation, Bitcoin doesn’t pass the Howey Test as it is sufficiently decentralized, with the IRS having previously said Bitcoin is ‘property’ for tax purposes. Even the previously most dismissive of bankers are coming around:

#Bitcoin price could 10x in the next five years. – Jamie Dimon, CEO of JPMorgan Chase pic.twitter.com/LOXiu6HmaC

As it stands now, if most tokens were to be classified as securities, only the biggest institutional investors would benefit due to so many burdens involved with such an asset class. At the same time however, existing securities regulations applied to digital assets would likely lead to a mass exodus of digital asset firms out of the United States.

Related Reading: Zooming Out: The Real Takeaway from the Senate’s Digital Asset Debate

Is it reasonable to think that bankers and regulators would allow for decentralized finance to move out of the US to greener pastures as if they’re unable to conceive of such a consequence?

When we take a look at traditional finance, even the most speculative forms of trading—such as binary options trading—is not outlawed but strictly regulated by the SEC and CFTC. In this light, a likely scenario is that regulators are playing hardball to set the terms for future digital asset regulation. Both the crypto legislation embedded in the infrastructure bill and outdated securities laws provide a space for setting the terms.

Then, once the digital asset ecosystem sees the writing on the wall, proper legislation is likely to take place as the proverbial lesser evil that elicits a sigh of relief.

Some might see this as wishful thinking. But as the United States is on the verge of raising its debt ceiling once again, numerous indicators suggest the U.S. government needs every financial opportunity it has available.

Shane has been an active supporter of the movement towards decentralized finance since 2015. He has written hundreds of articles related to developments surrounding digital securities – the integration of traditional financial securities and distributed ledger technology (DLT). He remains fascinated by the growing impact technology has on economics – and everyday life.