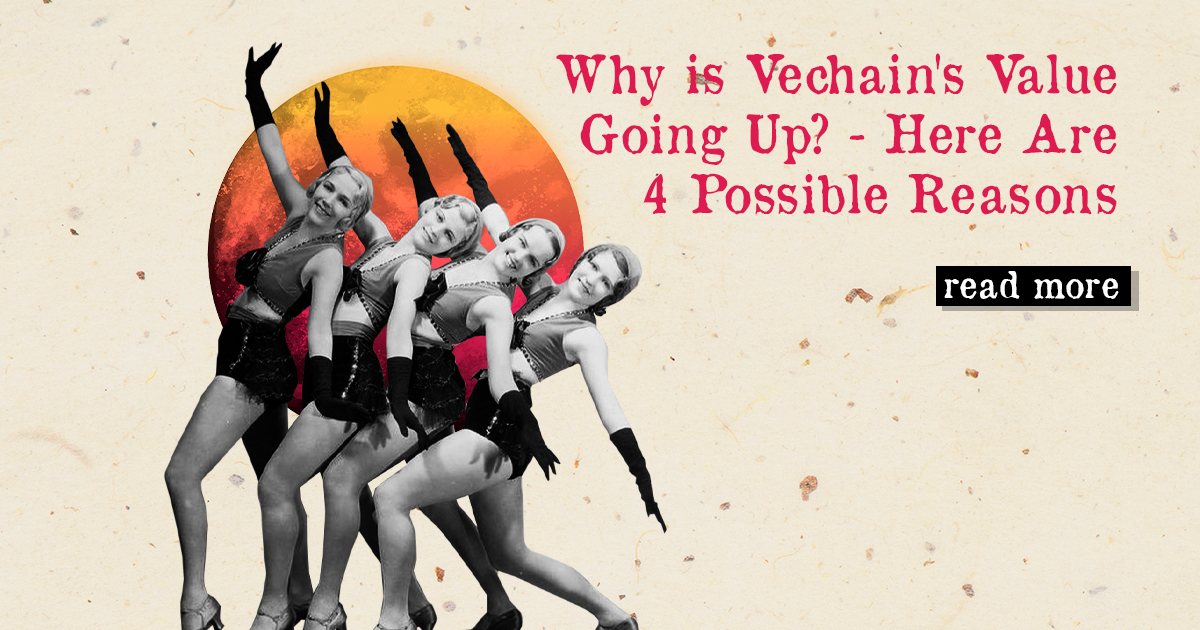 VeChain is one of the uniquely positioned crypto projects. It was created to disrupt the traditional supply chain models, an industry that before blockchain had remained little changed over the decades.

In October, the price of VET experienced several jumps, as the global crypto market set a new all-time valuation. The price of VeChain is at a dynamic position, steadily rising solidly above the 50-period simple moving average, which signals strong bullish momentum. So, what is behind the possible rise of VeChain?

Like most other cryptocurrencies, the most recent rally of VeChain resulted from the approval of the first Bitcoin ETF. The global crypto market enjoyed a significant bull run in October.

Since then ETFs were approved, the crypto markets have rallied, topping $3 trillion in cumulative valuation for the first time. The outlook for the global crypto market remains bullish, with more ETFs, a spot ETF, and an Ethereum ETF waiting to be approved.

As is almost always the case, positive announcements and hype around a crypto project can trigger a bull run. VeChain has had a lot of that, with recent upgrades to the VeChain blockchain as new accomplishments.

The network upgrade, POA2.0, is described as the first protocol of its kind in the world. POA2.0 combines Byzantine Fault Tolerance and Nakamoto consensus mechanisms to eliminate their weaknesses but benefit from their strengths.

The Testnet of POA2.0 was launch on November 5, while the mainnet is scheduled to go live on November 16 on block #10653500. The successful launch of POA2.0 on the network could lead to more gains for VeChain (VET).

While VeChain has enjoyed remarkable growth in its NFT space and in its network at large, it has also excelled in its adoption in the real world. VeChain enjoys growing adoption because it was explicitly designed to solve problems.

The VeChain Foundation recently announced that it had become the first public blockchain to answer the call of international organizations and offer the blockchain toolkit real-world demands.

In addition, the VeChain Foundation also received a certificate from China Association for Standardization, a body under the State Council. VeChain was awarded for its contributions to the T/CAS 493-2021 Standard for household electrical equipment.

Sustainability of the VeChain Network

VeChain has excelled in real-world usage because it places significant emphasis on Sustainable Development Goals. The VeChain blockchain is being built around reducing carbon emissions and providing a scalable and secure environment for businesses to thrive.

The VeChain Foundation recently announced that it is part of San Marino’s National 2030 Agenda for SDGs. VeChain and DNV GL worked together to develop the Low Carbon Ecosystem strategic tool to help the Republic of San Marino become the first carbon-neutral state.

The mania behind non-fungible tokens is at an all-time high. Now, it is almost impossible for us to talk about cryptocurrencies without an NFT-related topic coming up. With more people getting interested in NFTs, VeChain has seen an increase in its NFT space.

The superior blockchain of VeChain has also aided the development of a flourishing NFT ecosystem. Prices have always responded to an increase in the activity of a network, and VeChain has been one of the most active crypto projects, partly thanks to an increasing interest in NFTs.

With its growing technology, VeChain is preparing to provide the backbone for industry 4.0 and beyond. VeChain’s growing relevance and adoption in the real world has helped the price of VeChain (VET). As more people become aware and leverage the potentials of the VeChain blockchain, the price of the VET is expected to experience more growth.