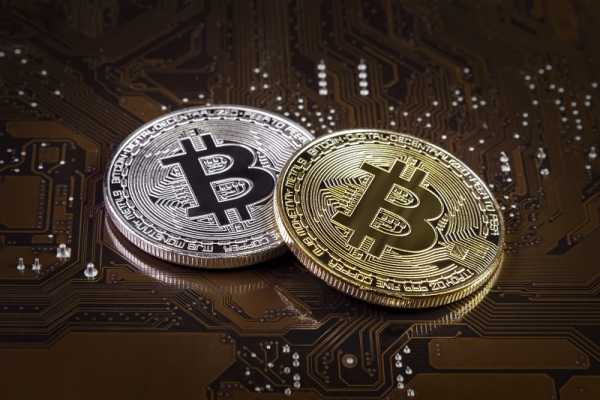 OK, but why am I writing about Bitcoin in the Gold Market Overview? The reason is the narrative that the cryptocurrency has already become or will become soon the substitute for gold. Some people even call Bitcoin “new gold” or “millennial gold”. And this is what Jerome Powell has recently said about cryptocurrencies:

Crypto assets are highly volatile and therefore not useful as a store of value. They are not backed by anything. It is a speculative asset that is essentially a substitute for gold rather than for the dollar.

Others echo Powell’s remarks, claiming that Bitcoin is displacing gold as an inflation hedge , or that it could supplant gold as a safe-haven asset . Are they right?

Well, there are, of course, some similarities between Bitcoin and gold which make these two assets substitutes to some extent . It would be surprising if that wasn’t the case, given the fact that Bitcoin’s system was designed to mimic the gold standard . In particular, there is a cap on the number of bitcoins to make this cryptocurrency rare just like the yellow metal. In other words, the idea is to make its supply inflexible, just as – or even more – in the gold standard. So, both Bitcoin and gold are anti-inflationary currencies whose supply cannot be arbitrarily changed like in the case of national fiat currencies . And both these assets have a libertarian, anti-government flavor – in the sense that demand for them stems from the lack of confidence in the government monies.

However, there are also important differences between Bitcoin and gold. First of all, although Bitcoin is believed to be an alternative anti-fiat asset, it’s actually also fiat money . It’s a private, decentralized, non-governmental currency, but it doesn’t change the fact that Bitcoin is not backed by anything, and it has no intrinsic value. Of course, value is subjective, but gold has some non-monetary use (in jewelry or technology), which implies that its price is not likely to drop to zero in a worst-case scenario in which people cease to see gold as a monetary asset. Unlike the shiny metal, Bitcoin has only monetary value – i.e., you cannot use it either as a consumer good or as an input in a production process – so there is no floor below its price (if the officials try to ban Bitcoin, its price could plunge really deeply).

Second, Bitcoin is much more volatile than gold . Sure, it might be just a problem of Bitcoin’s young age. But it doesn’t change the fact that price declines in the cryptocurrency are a few times bigger than in the gold market. Hence, although – thanks to the network effects and speculative appeal – Bitcoin offers potential for quicker and larger gains, it’s also associated with higher downward risks. It makes the cryptocurrency an inferior store of value and a safe haven. So, Bitcoin could be seen rather as a risky asset, not necessarily a safe haven that goes up together with risk appetite. This may explain the recent divergence in cryptocurrencies and gold.

What does it all mean for the gold market ? Well, it’s true that some money has flowed from gold into Bitcoin and that some investors may prefer now to treat Bitcoin as a major alternative asset in their investment portfolios . However, such flows and rebalancing of portfolios as we’ve seen recently are perfectly normal, especially given that Bitcoin is still benefiting from the network effects, i.e., the accelerating institutional interest and mainstream acceptance.

More importantly, there are important differences between gold and Bitcoin, which imply that the latter won’t replace the yellow metal . The correlation coefficient between the weekly prices of these two assets is only 0.38 percent, so they are really far away from being perfect substitutes. Also, please take a look at the chart below which shows their prices in 2019-2021.