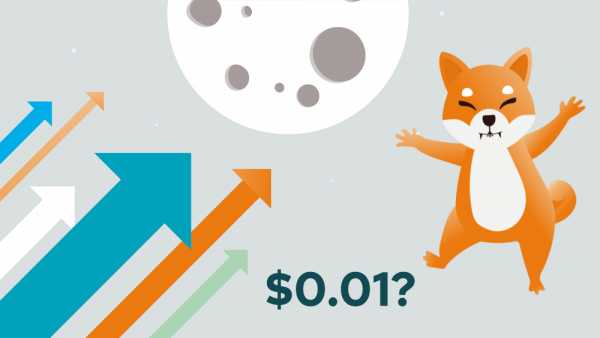 SHIB’s Twitter handle is now more popular than Ethereum’s one on the microblogging social network platform to put the numbers in context. Nowadays, the project’s Twitter account behind the Ether (ETH) coin has around 1.7 million followers.

Still, this achievement by the so-called SHIB Army is not surprising given the broad popularity it has been witnessing since October.

As widely reported, the token managed to spike over 800% in a matter of days and helped to boost the price to hit new all-time highs around $0.000088, although it’s now hovering around the $0.000057 neighborhood.

Skepticism On The Air

The adoption’s wave had also unleashed an optimistic mood across the altcoins sphere. It sparked discussions on whether meme coins could be sustainable in the long term, considering the current price action of Dogecoin (DOGE), which is the direct competitor of SHIB.

Some retailers are considering or even adopting the Shiba Inu coin as a means of payment, but others see the project with skeptical eyes. Geoff Lewis, the founder of Bedrock Capital, recently compared the SHIB frenzy to Pets.com, which was considered one of the biggest commercial failures in the dot-com bubble.

That said, people keep actively asking whether the Shiba Inu coin price could keep eating zeros and reaching the cent figure. On the one hand, Peter Mallouk, Creative Planning CEO, stated that SHIB could eventually plunge to zero.

Shiba Inu is going to zero.

It may go to the moon first, but it’s going to be a round trip with a crash landing.

It goes aligned with traders’ concerns about the recent largest’s SHIB holder maneuvers to eventually liquidate part of its tokens, which could trigger a massive sell-off due to the big take-profit action. In fact, something that crypto traders criticize is the current SHIB’s supply concentration.